Jones school closed to end of June at least

Students have yet to return to Jones Avenue Adult Centre, following the four-alarm fire that demolished part of the school’s roof on May 6. The relocation of classes to three other sites — Danforth Community Church, Bruce Public School and Subway Academy 1 — will continue till the end of June, says Semhar Misghina, communications officer for continuing education at the TDSB. Since damage to the building was extensive, there is no time frame for when students can go back, she says.

Lights out at 722 Queen E.! It’s been an incredible experience serving all of our local patrons in Riverside, and all of those who traveled from everywhere else! Thank you to everyone who has supported us over the past 3 years, and I hope to see you all again soon when we turn those lights back on in our new location!(as soon as I find it)

Lights out for Kaboom Chicken

After three years in Riverdale, Kaboom Chicken shut its doors at the end of lat week. “This Friday, May 24, we’ll be closing the doors at 722 Queen East for the last time,” the eatery said in a series of Instagram messages last week. “We’ve had so much fun serving our Korean Goodness to all of our customers, and are unbelievably grateful for all the support and love we’ve received,” But they may be returning to the area. “Although we’re going to be without a storefront for a bit, the search is already underway for a new location. In the meantime, the team is working on some possible festivals and pop-ups, so stay tuned for more updates!”

Bach Fest with a difference on Danforth

The annual Bach Fest gets underway today and runs all weekend, but with a few changes in the festival that celebrates baroque music. This year two Canadian compositions are also featured in the festival, which takes place mainly at St. Barnabas-on-the-Danforth. But also a late-night event has been added at the Black Swan, across and down the street, so patrons can enjoy a beer with their Bach. See the Things To Do listing and interview with the artistic director.

About 3,800 homes in South Riverdale and Leslieville were without power for most of May 23 — apparently thanks to a squirrel touching a line near a transformer. The outage was sparked before 8 a.m. Toronto Hydro tweeted it was working on bringing power back in an area defined as Dundas Street East to Unwin Avenue and Cherry Street to Leslie Street. By 7 p.m. Hydro reported it was still trying to restore power to a small number of homes in the area.

About 45 people attended a town hall meeting at Riverdale Presbyterian Church on Thursday afternoon on the provincial government’s planned changes to the Ontario Disability Support Program and Ontario Works. Residents are concerned the changes will cut support from those suffering from episodic disabilities, like cancer, MS, chronic pain and mental illness, meeting organizer Toronto-Danforth MPP Peter Tabuns said. “It’s simply wrong for the Ford Conservatives to keep taking things away from the province’s most vulnerable groups,” Tabuns said. “We should be supporting vulnerable people, not making things worse by ripping away support.”

A man surrendered to Peel Regional Police on May 18 — for robberies five months earlier in the Danforth and Coxwell avenue area. A man armed with a knife entered a take-out restaurant on Dec. 30 and 31 last year and escaped with cash, Toronto police say. See the full report. 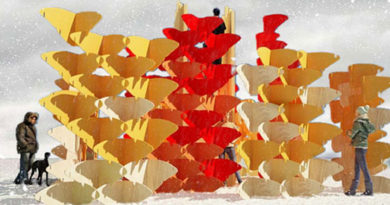