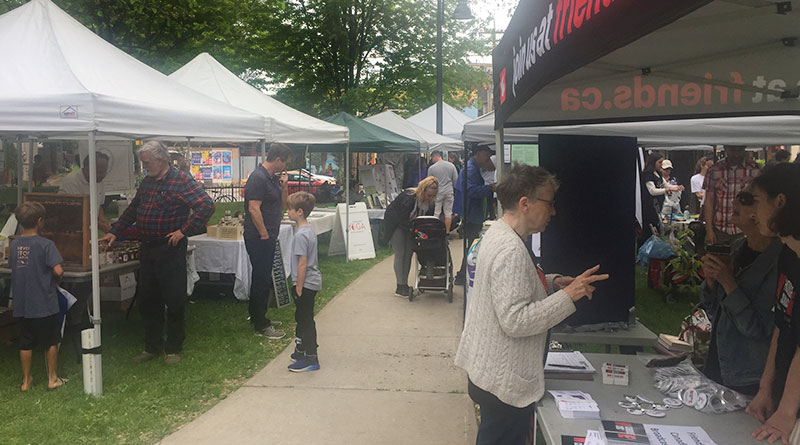 There’s at least one new tree growing in Leslie Grove Park, thanks to this year’s Leslieville Tree Festival.

“We’ve planted probably the 12th tree in this park,” Toronto-Danforth councillor Paul Fletcher told attendees at the fest on June 15. “As you can see, all the very old trees here are well over 100 and some years old and we renew the canopy every year by you helping us plant a new tree in Leslie Grove.”

Of course, the festival was about more than planting a single tree but was a celebration of the urban forest in Toronto in general.

Despite the threat of rain, hundreds of Toronto residents attended the afternoon festival in the park this year, visiting the environmental booths, picking up a free shrub from LEAF, listening to a concert by the Toronto All-Star Big Band, or playing the children’s activities.

Among the more unique visitors were stilt performers, including a juggling clown, a rider atop an amazingly realistic ostrich, and an incredibly tall Raptor challenging kids to score baskets through his handheld hoop.

Vendors, artists and activists said they got a great response at their booths.

Hundreds of people filled out postcards asking city council to ban plastic bags in Toronto, said Mary Lynne, a volunteer at the Stop Plastics booth. The group started the campaign about five years ago.

“We’ve always had a lot of support,” she said. “People are fed up with single-use plastic.”

A first-time exhibitor at the tree festival, the appropriately surnamed artist Nicola Woods, said she found it a good fit for her work.

“I’m a big fan of trees and I’ve done other projects involving trees and leaves, so I’m happy to be here,” she said.

She’s been an artist her entire life but has been focusing on trees, mostly trees in the Toronto area, the past five years, producing tree portraits on metal leafs, tree-themed greeting cards, and related works of art. 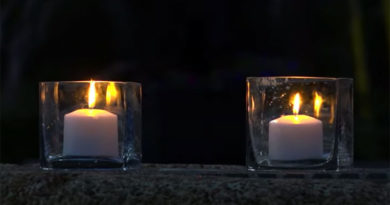