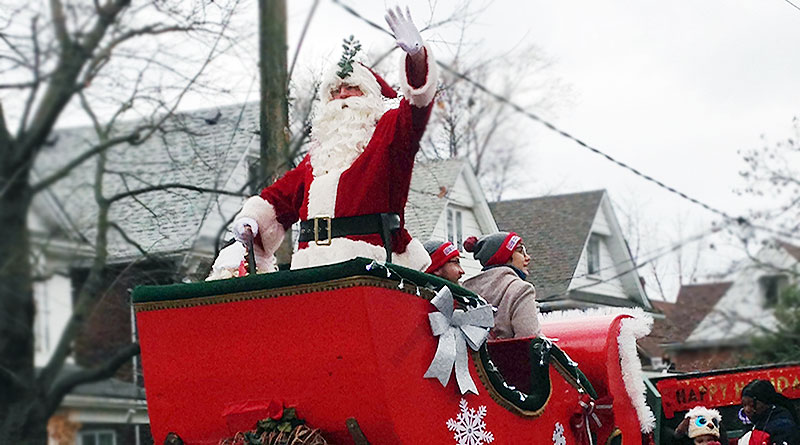 Mary-Anne McBean/Special to Streeter BYE-BYE, SANTA: See you later, like in a month's time, Santa Claus seems to be saying as he waves from the back of his sled at the end of his parade in the Beaches.
Edition: Beaches-Leslieville
*FEATURED NEWS
November 28, 2018November 30, 2018 Rodger Burnside parade, Santa Claus

It may not be the most grandiose Toronto-area parade Santa rides his sled in each year, but it may be the closest to its community.

More than a thousand families lined a kilometre-long stretch of Kingston Road and side streets or watched from their houses on Nov. 25 for the Beaches Santa Claus Parade, presented by Community Centre 55 and local businesses.

Taking part in the parade that has been a highlight of the season for east-end Toronto residents since 2006 were local marching bands, new and established businesses, kids entertainment figures, martial arts students, motorcycles, antique trucks, police and firefighters.

Political representatives including the recently re-elected mayor John Tory (in his first appearance in this parade), Beaches-East York MP Nathaniel Erskine-Smith and rookie MPP Rima Berns-McGown walked or rode the parade route from Victoria Park Avenue west to Walter Street and north to the CC55 building at Main Street and Swanwick Avenue.

Community Centre 55 hosted a barbecue and crafts for kids after the parade.

More scenes from the parade: 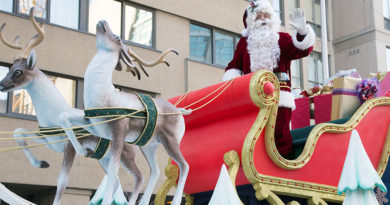 November 17, 2019 Streeter staff Comments Off on Santa still a hit as he flies into town by a new route 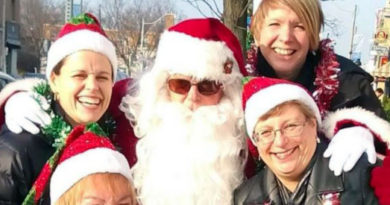 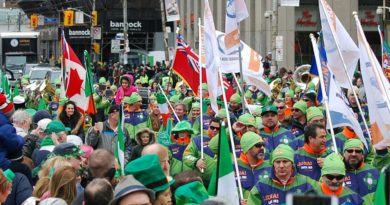