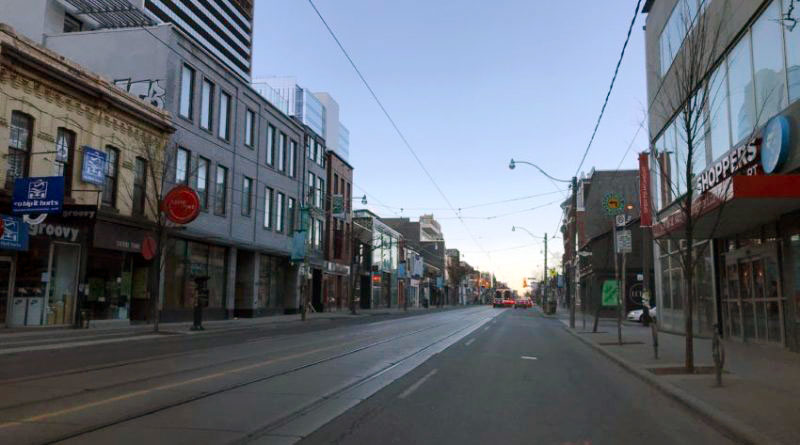 Businesses were evacuated early Saturday morning after a gas leak in the Beach.

Police received a call at 9:30 a.m. on Saturday where a sidewalk snowplow driver had clipped a gas line on Queen Street East near Lee Ave., police say,

Firefighters and police were on scene and quickly evacuated nearby businesses.

Shoppers Drug Mart employee Rachel Bloom, one of many people evacuated from the area, said Queen Street was a scene of confusion during the evacuation.

“Everybody was outside confused,” she said.  “We didn’t know what was going on until one officer told us about a gas leak, and that caused lots of traffic in the area.”

No one was hurt in the gas leak, police told a media scrum on the street.

“There were no injuries, no real damage, just property damage,” said Const. Alex Li . “The situation is now in the hands of Enbridge to repair the gas line.”

August 23, 2012 Shawn Star Comments Off on Officer cleared of shooting death by investigators