Local activist Samuel Getachew had almost abandoned his dream of creating Little Ethiopia in the Greenwood and Danforth area.

The co-founder of the community group The Friends of Ethiopia spent a year trying to promote the name change to the Danforth Mosaic Business Improvement Area Association, only to have them vote strongly against it this summer.

“We needed to take a break,” said Getachew, who at the time was focusing his energy on running for city council in Scarborough’s Ward 43.

“But the supporters kept coming to me, all the Ethiopian-Canadians from the community, they would not let us give up.”

That’s when Getachew received a glimmer of hope, and realized that all of Toronto’s BIAs have board of directors elections that coincide with October’s municipal election.

He quickly began rounding up local residents and business owners encouraging them to attend the Danforth Mosaic’s annual general meeting on Dec. 2 to have their voices heard.

It worked, it seems.

While originally 60 guests were expected to show up to the annual meeting and election, over 130 packed in and met potential nominees.

“It got heated,” said Patricia Silver, the current chair of the Danforth Mosaic’s board of directors, who added she didn’t expect such a large turnout.

“BIAs operate on a tax levy, so anytime people’s money is involved, temperatures start to rise.”

On Dec. 9, the results of the vote were posted on the BIA website. The board that traditionally held 17 members (including the four city councillors whose wards intersect in the area) was expanded to 20, the result of a three-way tie.

While the results do not become official until they are approved by the city in January, the fact that there are only seven returning board members and 13 new faces, was enough to give Getachew renewed hope for a future Little Ethiopia distinction on the Danforth.

“Twelve of those nominated members have expressed their support for our side, and three of them are Ethiopian-Canadians,” Getachew said.

However, Silver, who is also a returning nominee for the board stressed that the re-naming of an area of the city is not an easy process,because it involves changing bylaws.

“Individuals can’t sway the board based on their own issues or ethnicity,” Silver said. “It comes down to a democratic vote, and we have to do what’s best for the 500 business and property owners we serve here.”

She explained that despite the fact the stretch of road between Greenwood and Monarch Park contains 15 Ethiopian businesses, it’s also home to 25 Asian-owned businesses, seven Italian, five Greek, four Moroccan, one Irish, one Middle Eastern and one Spanish.

“It’s not us against Ethiopians,” Silver said. “We want to promote the area as a place to come and explore a variety of cultures. That’s why we decided upon the name ‘mosaic.’”

But Getachew says it’s important that the 11,000 Ethiopians now living as Canadians in Toronto have a place that makes them feel at home.

“There aren’t any streets in Toronto named after African countries,”he said. “Like the Greeks, the Italians and the Chinese before us, we want a place that celebrates our heritage.”

If the new BIA board does vote in favour of the Little Ethiopia plan in 2011, the next step would be bringing the matter to Toronto-East York community council. There it would be put to a vote, and if passed would eventually be brought to city council. 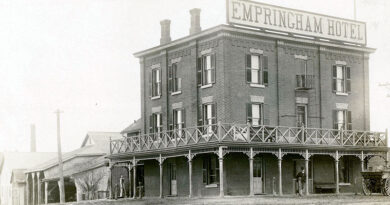 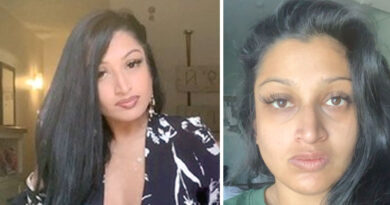 October 14, 2021 Eric McMillan Comments Off on Woman sought for not returning Mercedes rented 11 months ago

One thought on “Little Ethiopia on the Danforth”