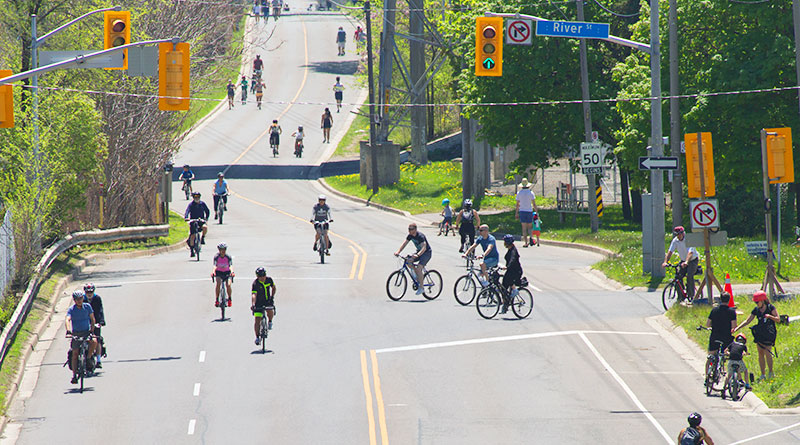 Thousands are taking to the ActiveTO major road closures on weekends with their bicycles and walking shoes, figures released by the city show.

On May 23, the first Saturday of the closures, more than 34,000 cyclists and nearly 12,000 pedestrians used the three sections of Bayview Avenue and Lake Shore Boulevard that were closed to give Toronto residents space to be physically active while practising physical distancing, according to an announcement yesterday.

“This data reinforces what I’ve been hearing, that residents, including families, like these spaces because they allow for safe physical activity and those using them feel more comfortable and secure that they are doing their part to stop virus spread,”
Mayor John Tory said.

The closures are to continue this weekend.

The figures from May 23 showed wide usage of the closures by both cyclists and pedestrians across the three major closures in the city, but with much more cycling traffic than pedestrians in the west end and on Bayview.

About 21,000 people on bikes and 4,400 pedestrians were counted on Lake Shore Boulevard West at Ontario Drive, as well as on the adjacent Martin Goodman Trail or boardwalk between 11 a.m. and 7 p.m.

About 5,000 people rode bikes and 5,400 were on foot on Lake Shore Boulevard East, east of Coxwell Avenue, including on the adjacent trail or boardwalk during the same hours

About 8,100 people on bikes and 1,750 pedestrians were counted on Bayview Avenue, north of River Street and on the adjacent Don Valley Trail. 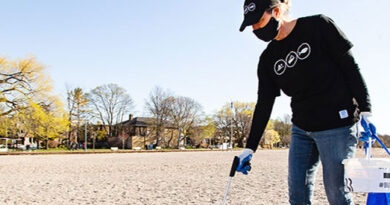 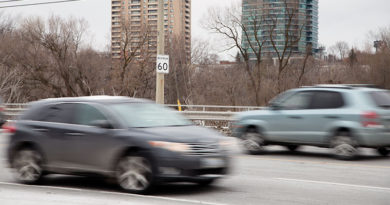 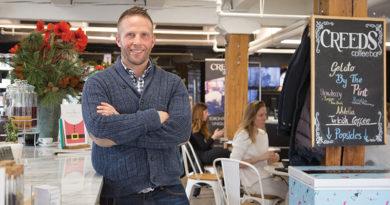