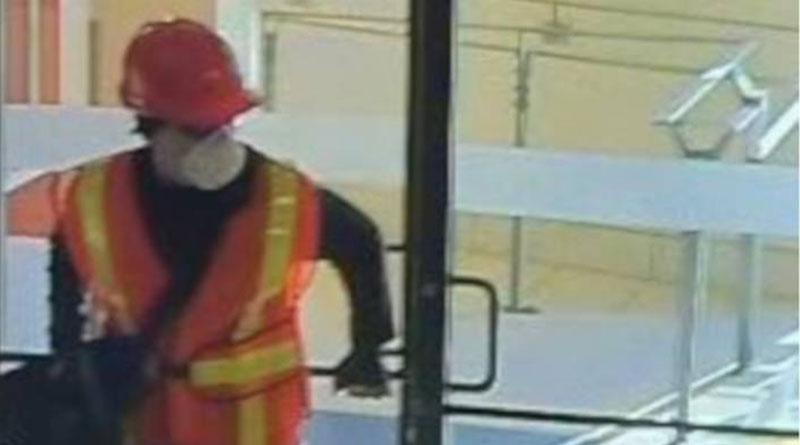 A man was arrested in Winnipeg on Aug. 23 following an investigation into five bank robberies in Toronto and across Canada over the past year.

Toronto police reported the earliest alleged robbery took place on Nov. 10, 2017 at a bank near Queen Street East and Woodbine Avenue. A man was given cash after pulling a black handgun out of his coat pocket and pointing it at the teller, threatening to shoot her, police said.

On July 26 and Aug. 11, similar robberies were carried out at banks in the Spadina Road and St. Clair Avenue West area, though these times with the alleged perpetrator disguised as a worker wearing a construction vest, hard hat, dust mask, glasses and gloves, according to police.

Bank robberies, alleged to have been carried out by the same person, occurred in Waterloo, Ont., and Vancouver, British Columbia.

The man was identified in December 2017 when a member of the public recognized him from a news release with a video clip and images, police say.

A Canada-wide warrant was issued for the man for the five financial robberies.

The Toronto Police’s holdup squad investigated all five robberies and contacted police in Winnipeg where the suspect was arrested.

Michael Joseph Karas, 61, of no fixed address, faces nine charges related to the three Toronto incidents, including three counts of robbery with a firearm and two counts of disguise with intent to commit an offence.

He was to appear in court in Toronto on Aug. 26.

Further charges may be pending related to the robberies outside Toronto, police say.