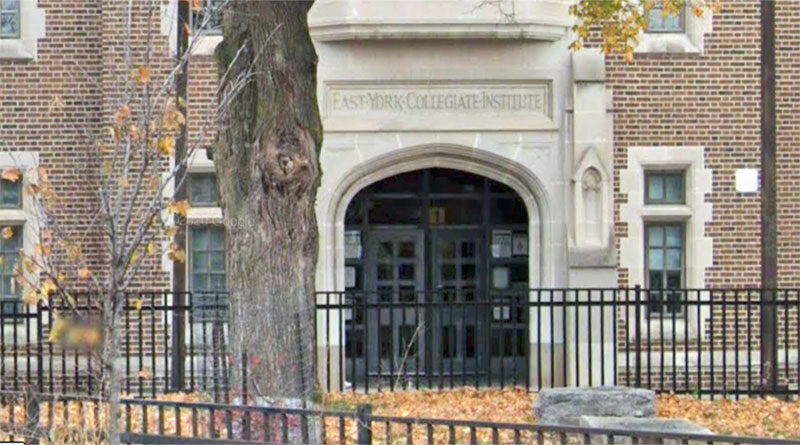 The number of schools shut down on the advice of Toronto Public Health has shot up dramatically.

At least 20 schools in the city are closing as of today after experiencing COVID-19 outbreaks of two to ten cases each, leading to calls — on social media at least — to shut down all Toronto schools.

TPH, however, told school boards “they will not be closing Toronto schools at this time … with the exception of individual schools that are being dismissed on the advice of TPH as part of ongoing COVID investigations,” according to the Toronto District School Board.

Those “individual schools” being closed to in-person learning today include eleven TDSB schools, bring the board’s total of closed schools to 17.

Four of the TDSB schools closed today are in the east end:  D. A, Morrison Middle School in the Woodbine Heights community, Danforth Collegiate and Technical Institute in the Danforth area, East York Collegiate in Old East York, and Riverdale Collegiate in Leslieville. Nearby shutdowns include Grenoble Public School and Valley Park Middle School, both in the Flemingdon area.

On the advice of @TOPublicHealth students and staff at the following schools are being dismissed effective tomorrow, Tuesday, April 6 to allow TPH additional time to investigate COVID cases.

All students will be moving to remote learning at this time. pic.twitter.com/CQrWUr57AW

As of 8:45 a.m. today, the TDSB has listed on its COVID-19 Advisories website the number of confirmed cases at these schools as follows:

The schools are being moved from in-class learning to remote learning, the board says.

Seven schools in the Toronto Catholic School Board were closed today:

This is added to five closures of Catholic schools announced last week: