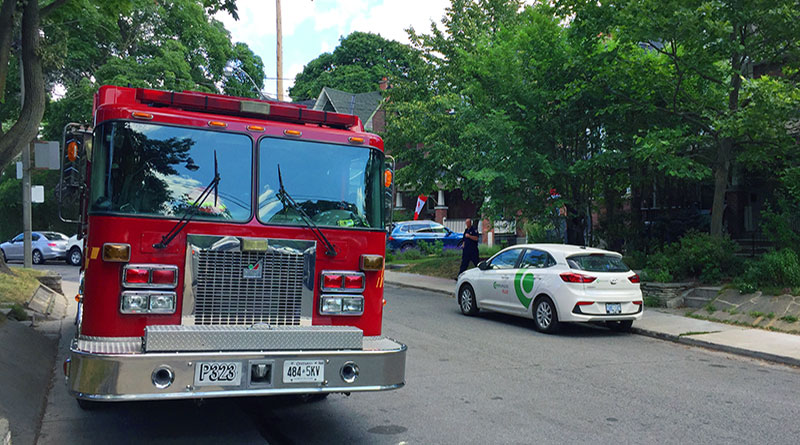 No injuries were reported in a residential fire at 115 Rainsford Road, south of Kingston Road, in the Beach Triangle area yesterday evening.

Toronto Fire Service was called to Rainsford at 5:42 p.m.

Firefighters found heavy black smoke in the air and the upper backyard deck of the house on fire, District Chief Stephan Powell said.

Multiple fire trucks, including pumpers and aerial vehicles, attended the blaze classified as a one-alarm fire.

The visible fire was contained within half an hour but firefighters had to work much longer to make sure it had not spread unseen into the house’s eaves and attic, Powell said.

The building was on fire watch the day after, with firetrucks parked across the street from the house and firefighters staying at the site to watch for unseen embers reigniting the blaze.

Of particular concern was the house’s cellulose insulation which could catch fire.

Residents were home when the blaze broke out but they and neighbours evacuated themselves by the time firefighters arrived, Powell said.

The house’s residents would remain out during today’s fire watch, he said. 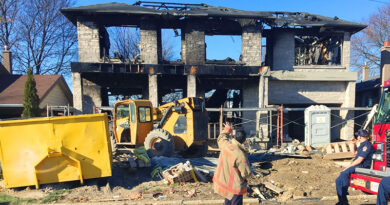