On a quaint neighborhood street — one lined with post offices and laundromats, newspaper boxes and freshly planted trees — a police takedown happens.

Cop cars are up on sidewalks. Officers in bulletproof vests try to calm an unruly citizen.

Suddenly, like a movie scene being cut, it’s over.

At the new Toronto Police College, outdoor simulations like this are just another part of a cadet-in-training’s day.

“You can’t teach a lot of this out of a book,” said Staff Sergeant Frank Barredo. “This is the training environment, this is where we want to make mistakes.”

The 25,000-square-metre facility, located at 70 Birmingham St., includes a gym, classrooms and a mock-village for street-level scenarios.

When training needs to be moved indoors, the school has an area that can be taken apart and put back together like a puzzle to create different environments to learn in.

“It’s kind of like a Legoland: everything sort of locks together,” said Barredo. “We hope to be able to reproduce (reality) as realistically as possible.”

High above the roofless, Lego-like structure, a catwalk stretches the length of the room so trainers can watch their students.

Inspector Tony Riviere says his favourite parts of the new facility are the shooting ranges, which sit opposite the indoor training area. The college has two shooting ranges, each 50 meters deep and 30 shooting lanes wide. It also has a “running man”, which allows recruits to practice shooting a moving target.

The new police college replace’s Charles O. Bick College in Scarborough, which served the police force for 32 years. According to Barredo, not only has the facility changed, but so has the training.

“It’s been such an evolution,” said Barredo. “We’ve injected a lot of shades of grey.”

New recruits attend the college for two weeks before and for five weeks after training at the Ontario Police College in Aylmer. At the Toronto college, recruits focus mainly on city bylaws and issues that come with policing in larger cities.

The new facility will also be used by the Toronto Scottish Regiment and the Department of National Defence, which contributed $15 million toward the $75-million construction cost.

“We’re really excited to move in,” said Mike Lacroix, the regiment’s chief warrant officer. “This is a great step for us.”

The forces will each have their own space within the facility, but will share the auditorium, gym and classrooms.

A new 22 Division sub-station has also found a home in the new building.

“Toronto Police wants to have the best trained officers to serve the public,” said Barredo, “and this is the training facility.”

Both Barredo and Riviere, who each have well over a decade with the service under their belts, are pleased with the new training school.

“I don’t know how we could give (the facility) anything less than an A-plus,” said Barredo. 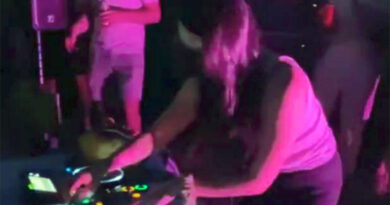 July 20, 2012 Town Crier staff Comments Off on What city hall needs is to go to the dogs