Howard Moscoe doesn’t like arguing with his wife about where to hang pictures or dotting the last ‘i’ in a crossword puzzle.

So the 71-year-old has decided to go back to school.

“I’ve been making laws for 32 years and now I want to see what I’ve been doing wrong,” Moscoe said, laughing while talking about his application. “I feel young again and I’ll be a student.

“But you won’t see me partying and drinking like the rest.”

He says he misses the arid lectures, late-night assignments and sarcastic anecdotes from his professors — the little things about being a student.

But it’s about more than his own education.

Moscoe plans to help students fight for a “just cause”.

“I have a score to settle with York University and the nasty way they treat their students,” Moscoe said. “They withhold marks and degrees from their students when they don’t pay their fines … and their parking tickets are all issued illegally.”

York University tickets are issued through their security department, which he claims is illegal authority to charge anyone with parking violations. Students have no way to fight these fines because the school does not have a council to complain to. When students need to collect their papers after graduation, well, tough luck, they have to pay all outstanding fines.

“York University profits about $2 million a year from these parking tickets,” Moscoe explained. “They should be issuing City of Toronto tickets and (students) will have access to courts about their grievances.”

“We passed a bylaw in the City of Toronto making these phony parking tickets illegal and every institution that had an issue with these tickets stopped it and started using legal authority… York have their students by the throat.”

Moscoe said he wrote to York University behind 100 other York students about how the school issues their parking fines. After some time, school reps replied to Moscoe saying they only accept complaints from their students.

“They weaseled out,” Moscoe said. “Next year I will be a student and I will receive my law training to take York University to court.”

Moscoe has been a part of York University’s campus plans for several years and made 50 amendments, he says. While he attends school, he wants to see these campus plans grow into fruition.

“It’s not just for education: it’s for the students and I have to pursue it once before my grave,” Moscoe chuckled. “If you know me, I’m a pitbull. When I am on an issue I stay on it until it’s resolved.”

It was a tough decision for Moscoe to make since he had several hard job offers.

He’s already fulfilled two careers: one as a teacher and the second as a politician so he is careful picking his third designation.

Moscoe hasn’t decided if he will practise law regularly after completing four years of school.

“I’ll be 75 years old after I graduate, so I have a long time to think about what I will do,” he said.

Moscoe had his reign as a councillor and member of the TTC committee. Now, he just wants to make the right decision and add his own flavour to the mix.

Moscoe is known for his antics, such as purchasing former mayor Mel Lastman’s toupee.

“Humour in politics is important so you don’t take yourself to seriously,” Moscoe said. “Politics is about matter and change and some that sit in council… do nothing. You have to have the guts to do something and if people get mad at you then that means you are doing your job.”

Ward 22 looks to be an exciting race 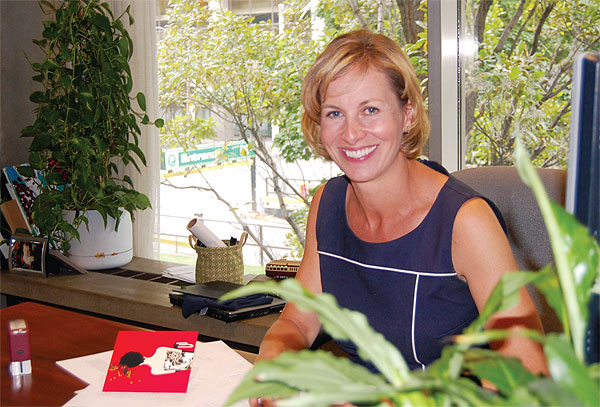 ‘Difficult decision’ made, Stintz moves on