If there can be a Little Ethiopia in a melting pot like the United States, how can there not be one in a place called the Danforth Mosaic?

He says he’s spent the past two years trying to get the local business improvement association just to listen to that question, let alone answer it.

He and several other members of the Ethiopian Association in Toronto are proposing naming the area along Danforth Avenue between Greenwood and Monarch Park avenues Little Ethiopia.

When his group first approached the Danforth Mosaic BIA board of management in 2009, he says they rejected his idea without a second thought.

Ayal questions the ethics behind that decision in light of recent conflict among the board members, four of whom resigned in May.

He says that half the board members were in favour of his idea, but the poor functioning prevented it from being considered.

The board had said in the past that it feared the name would turn the area into a ghetto, he says, detracting from their goal of celebrating all the cultures in the area.

But Ayal says the intention is totally different.

His group, which includes community organizer Samuel Getachew who previously wrote a column for the Town Crier, doesn’t want to get rid of the Danforth Mosaic BIA — just rename a portion of it, he says.

In December the BIA elected new board members, three of whom are Ethiopian-Canadians.

Ayal has not yet made a formal presentation to the new group, but he is optimistic that they will treat him better than he says the original board did.

“Hopefully the new board will give us a fair chance,” he says.

If the board approves the idea, it would have to be passed by Toronto-East York community council, and finally city council, to become a reality.

Ayal says branding the strip would bring tourism to the area, pointing out the way people are attracted to Greektown and Little Italy.

He also talks about examples like Washington D.C. and Los Angeles, where he says the development of Ethiopian business areas led to booming property values.

“It makes business sense,” he says.

Ayal acknowledges there are a few local businesses that don’t favour the name change, but he thinks a little dialogue could go a long way.

“I’m not discounting their displeasure,” he says. “But we just want to have a conversation. We’re not imposing anything.”

He’s relying on other Toronto culture hubs to defend his logic.

To those who say Ethiopian businesses don’t make up a large enough percentage of the area, he says he’s calculated Greektown is only 22 per cent Greek.

Others have objected on the basis that the Ethiopian businesses could leave, making the name obsolete. But the Greeks could leave too, Ayal says.

He says the name would give the 10,000-strong Ethiopian community in Toronto a necessary sense of belonging.

The Ethiopian business owners are looking for ways to show their support for the community, Ayal says.

They’re helping with the upcoming Family Fun Fest June 10 to 12 at Coxwell Parkette and East Lynn Park, organized by the BIA.

“Ethiopians are trying to contribute, and as people see the outcome and what we’re capable of doing, hopefully they will look at (our proposal) and say, ‘Why not?’” 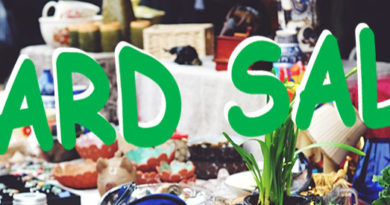