The mayor’s executive wants to seek a new operator for Casa Loma, Toronto’s castle on the hill.

The committee voted unanimously on Sept. 10 to ask for proposals in hopes of garnering a suitable operator and multi-year leasing arrangement. Two councillors and mayor Rob Ford were absent for the vote.

The executive has asked that potential operators submit proposals to cover the entire Casa Loma complex, which includes properties next to the main castle at 1 Austin Terrace.

St. Paul’s councillor Josh Matlow welcomed the move but said with the castle’s $20-million backlog in capital repairs, those looking to maintain the status quo need not apply.

“We’re simply looking for an operator that can do a better job with the castle … so we can bring it back to its grandeur,” he said.

Matlow suggested council should consider better ways to use the castle, perhaps by incorporating restaurants, event spaces, and space for a Toronto museum.

“We need to give people a reason to visit again,” he said.

Trelawny Howell, great-niece of Casa Loma builder Sir Henry Pellatt, has been a strong advocate for a request-for-proposals process, but she raised caution about the current proposal. She said potential operators are subject to a slew of conditions, such as absorbing renovation costs and service contracts. Pegasus Catering Group, an exclusive caterer, for Casa Loma has a contract that runs to the end of 2019.

“I think it lends itself to people who will promise to do anything to get the deal,” she said.

Instead, council should look at an open tender process, as recommended by an advisory committee five years ago, she says.

“Let [operators] come in with their own entrepreneurial, creative ideas and then you can narrow it down from there and have a professional panel make the decisions on this,” Howell said, adding, “The city can’t just hand over their past mistakes and costs to a new operator, that’s not how you lease a place out.

Another concern is that the castle could still be sold at some point, Howell said.

Though Mayor Rob Ford had at one time talked of selling Casa Loma, Matlow said no councillors have raised the matter and staff has rejected the idea.

“The idea of selling it and allowing it to become a private hotel or condo, is something that I think would be a disservice to its history,” Matlow said.

The executive’s recommendation will now go before city council as a whole. 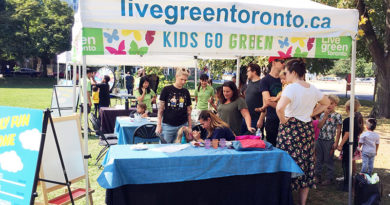 Would you vote for Rob Ford if he ran again for mayor?