Early morning watermain breaks caused major disruptions to both traffic and homeowners in four areas of the city today. Two of them were in midtown neighbourhoods: on Old Orchard Grove, in the Avenue Road and Wilson Avenue area, and Briar Hill Avenue, near Eglinton Avenue West and Bathurst Street.

Old Orchard Grove resident Donna Perlus said her basement began flooding at about 2:30 this morning, and while one source of water was shut off by 3 a.m., a second source wasn’t found until 10 a.m.

The knee-deep flooding, which filled her 1,200-1,500 sq. ft. basement, is now a “mudslide” she says, and the entire basement needs to be rebuilt.

“Everything from the basement is destroyed — every single thing,” she said, adding the garage, which is below ground, also flooded. “My husband has a little sports car, and it’s flooded.”

Perlus and husband John say they felt the city’s response was “terrible,” and that there was only one city employee on their street from 3 a.m. until late morning.

“There’s a big issue with the city,” she said. “They didn’t respond fast enough at all.”

Police and fire were at the scene first, Donna Perlus said, adding that the flood was initially spotted by a parking enforcement officer driving on her street, who then called it in.

“[That officer can] give me a ticket any time,” she said laughing.

Despite the damage — furniture, a bed and a washing machine all need to be replaced — Perlus remains in good spirits, saying they aren’t hurt and she did manage to save pictures from the basement.

“We’re having fun,” she joked.

Watermain breaks also occurred on , Eddystone Drive near Jane Street and Finch Avenue West, and in Etobicoke in the Kipling Avenue and The Westway area. 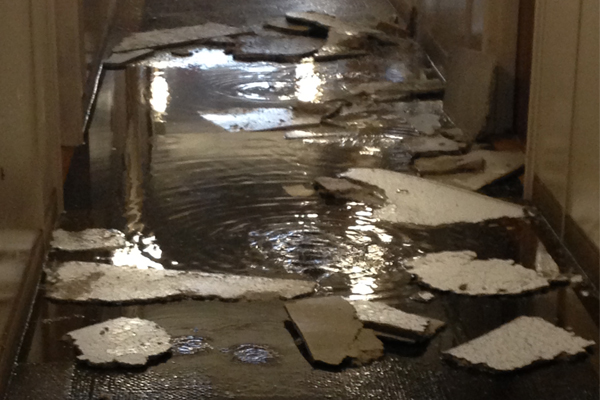