It’s going to the be the busiest season in memory for Sharon Hampson and Bram Morrison.

Two-thirds of the children’s entertainment trio, Sharon, Lois and Bram are kicking off their farewell tour this October, and it’s an exciting time for them.

Morrison, 77, and Hampson 75, both from midtown, have performed seven shows at Toronto’s Young People’s Theatre, where they first performed in the late 1970s.

From there, they’ll be travelling to Sault Ste. Marie, British Columbia and all points in between.

“It feels exciting and a bit sad, but fun,” Hampson said on the day of her flight to the Sault. “We’re having a great time and that helps. And the response of the audience is incredible. It just makes you feel good all over.”

An added bonus to the tour will be Sharon’s daughter, Randi, who has been putting together additional lyrics to two songs by her father, the late Joe Hampson.

“Having that extra component is very exciting. It’s very touching for me,” Sharon Hampson said. “I think my husband would be so proud.”

On top of that, Randi has added new verses to the beloved single, “Skinnamarink.”

Those extra lyrics are part of a surprise for fans in the fall of 2019. “Skinnamarink” will be published as a picture book, Morrison mentioned the day before the tour started.

“In order to make it suitable for a picture book we had to make it longer than it is,” he said.

Lois Lilienstein, who succumbed to a rare form of cancer in 2015, will be in the duo’s hearts as they perform.

Hampson was wearing a necklace that belonged to Lois while readying for her flight. It was gifted to her by Lilienstein’s son David, just after her passing.

“The audience misses her. They clap and they’re happy that she’s included,” Hampson said.

“She certainly was very present at all of our concerts, up until now, and she will be in the future as well,” Morrison added.

Sharon and Bram will visit locations such as Nanaimo, New Westminster, Abbotsford and Kelowna while out on the west coast, as well as all points west, east, north and south before returning home in May.

And the inspiration imparted to kids and parents is still the same.

“The message that we have always presented is the joy of making music together,” Hampson said. “That’s what we continue to do. Keep singing. Take music into your heart and life and you will be happier for it.”

Icing on the cake

March 29, 2010 Town Crier staff Comments Off on Icing on the cake 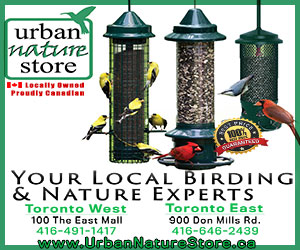