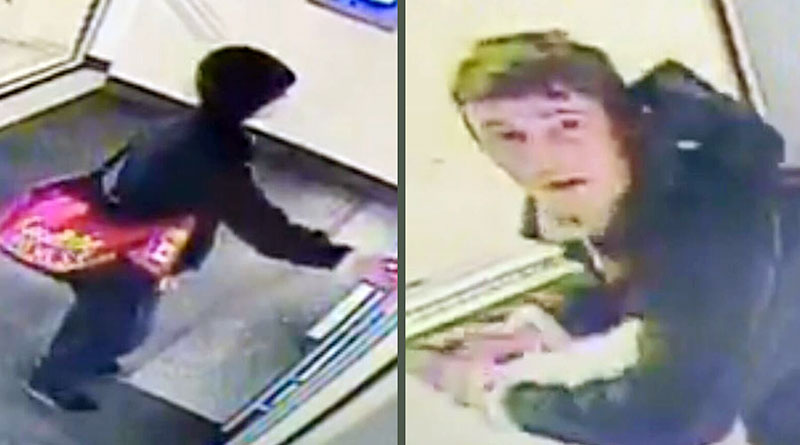 Police released security camera images today to identify a man wanted in an investigation of damage to an apartment building lobby in the Harbord Village area.

A man was reported to have entered the building near Spadina Avenue and Harbord Street on April 18 and to have tried to gain access by the locked front door.

He allegedly then used a brick to smash the lobby security cameras and the fire lock box, from which he stole several keys.

The man was described as being in his mid-to-late 20s, having brown hair, and wearing a black hooded jacket, black pants and black shoes. He was carrying a red Good Life gym bag over a shoulder.

He was last seen heading toward Spadina Avenue, police say.

Investigators are seeking the identity of the man who is wanted in the mischief and theft investigation. Anyone with information is asked to contact police.