Most people think they know a good thing when they see it.

After his first 100 days on the job, Tory is still thought of as such by most who voted for him.

And why not? He’s kept some promises (though broken others). He’s certainly a lot different than his predecessor, which is largely what attracted so many voters in the first place.

If there is any criticism to make thus far, a little more than 100 days on the job, it might be about the unkept promise of creating cohesion on council.

Sure, the budget passed relatively unscathed, if scathed at all. But many of the votes that took place on motions to amend the budget spoke loud and clear: there is still the same lack of cohesion on council we saw during the previous administration.

While you may have read the recent headlines about the budget having passed, here are other nuggets that were happening at the same time:

An amendment to bring back the vehicle registration tax failed, but had the support of a third of councillors.

A motion by Etobicoke councillor Rob Ford, the previous mayor, to bring back the KPMG recommendations — remembered colloquially as the infamous “efficiencies” — also failed, but had the support of a third of council.

A successful 27-17 vote will have the TTC look at how to free up money to buy 60 more streetcars. Among the 17 voting against were not just Mayor Tory, but also TTC chair Josh Colle.

Ford brought a total 31 motions to council and lost 29 of them, most in an overwhelming minority. One such motion asked to have councillors donate the increase in their salaries this year to Toronto Community Housing repairs.

Politicians disagreeing won’t change. And why should it? If the disagreements don’t make for thoughtful dialogue and creative debate, they at least make for entertaining video clips and sound bites.

Joking aside, disagreement on council is virtually necessary. It’s how councillors question each other and get to the facts. St. Paul’s councillor Josh Matlow took some heat for attempting to get answers to questions about what city staff really knew when council decided in favour of a Scarborough subway last year.

But among those who supported him? The only two councillors who received endorsements from Tory during the election campaign: midtown representatives Jon Burnside, in Ward 26, and Christin Carmichael Greb, in Ward 16. This despite Tory making, and so far keeping, the promise not to reopen the Scarborough subway debate.

That’s not dissention on the part of Burnside or Carmichael Greb. That’s a healthy difference of opinion and a warranted need for debate. It’s exercising their voices on council — something they were elected to do.

Should we fault Tory for not keeping his promise of creating cohesion? Far from it. We should probably thank him.

But feel free to disagree. 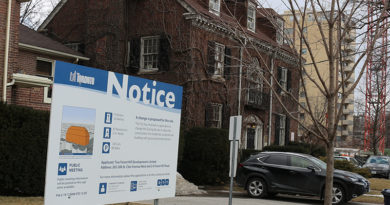 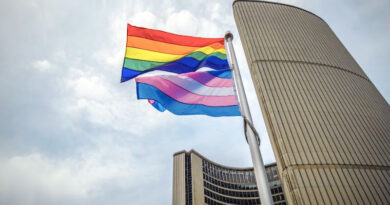