Four years after the murder of his stepson, Alan Dudeck is trying to make sure his tragedy won’t be repeated for other families.

In 2008, Dudeck’s stepson Oliver Martin, 25, and his friend Dylan Ellis, 26, were shot to death while they sat in a parked car. The shooter has yet to be found.

On June 13, Dudeck and Toronto councillors Adam Vaughan and Kristyn Wong-Tam took part in a rally at Queen’s Park, urging the provincial government to call for a national handgun ban.

Earlier that day, Vaughan made a council motion to ban handgun and bullet sales within Toronto, which was tabled until council’s July meeting.

The proposed ban has been criticized by some including Toronto police chief Bill Blair.

“I can understand the concern there, but I don’t see that would be a solution to the problem,” said Blair during a presentation about gun violence in the city.

Blair mentioned that most guns and bullets used in murders come to Toronto illegally from the United States. He also pointed out that bullets purchased legally tend to be used by hunters, and the proposed ban would affect them more than the criminals.
Dudeck is unconvinced.

“It’s not a panacea for all gun violence, but if we can make them less readily available, then it’s a no-brainer,” says Dudeck. “It’s something we can do with cooperation, especially from the federal government, who seem to be going in the wrong direction.”

A memorial for Martin and Ellis was held the evening of the rally at Ramsden Park, where a tree has been dedicated to the pair’s memory.

“It was mostly friends and family of the boys,” says Dudeck. “The largest group was the boys’ closest friends, many of them going back to grade school. It was a good opportunity for them to reconnect.”­ 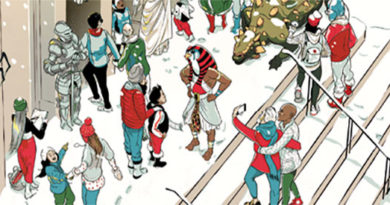