The patio is closed until further notice at Duffy’s Drive-In Restaurant.

Despite objections from a devoted group of regulars, the longstanding burger joint located at the corner of Dawes Road and Gower Street was denied a patio licence after neighbours complained of noise and seedy activity.

Under the name CY Services, Chen and her partner applied for a licence in May 2011, after taking over the restaurant in 2008.

Around the same time, neighbours on residential streets next to the corner restaurant contacted local councillor Janet Davis’ office with complaints about excessive noise and disruption caused by activity on the patio.

It turned out Duffy’s did not have the proper patio permit, so Davis requested an expanded poll of the area to determine support for a new one.

Because so few people responded, the application was automatically denied, as was a subsequent appeal.

Davis says there have been concerns of inappropriate activity at the establishment for years. Discussions with residents and the owners on options like reduced hours, a food-only patio and increased safety measures like installing lights reached an impasse.

“I think we need to build some better relationships in the neighbourhood first and they need to demonstrate they can operate a good establishment,” said Davis.

But Chen said she would have accepted conditions like limited patio hours. Responding to claims of illegal activity and noise around the restaurant, Chen said she’s a responsible business owner and turns away patrons she suspects are inebriated or under the influence of drugs.

Patron Barbara Hillier says most customers just want to be able to sit outdoors in the afternoon and early evening. Hillier, who has been coming to Duffy’s for 15 years, said she’s unaware of any illegal activity.

Charisa Flac, who lives just across the street from the restaurant, says she has indeed heard noise coming from the area.

“In the summer it gets really noisy late at night,” she said.

Flac said she’d prefer noise be kept to a minimum on the weekday when she has to be up early in the morning.

“On the weekend, it’s not that bad because we are up late,” she said.

Duffy’s can reapply for a patio licence in two years, Davis said. 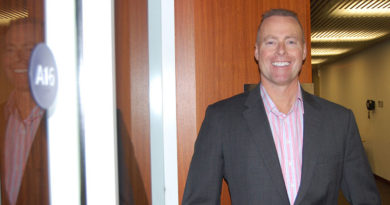 December 10, 2017 Eric McMillan Comments Off on East York councillors popular — at least when no one runs against them

Snack bar site saved from being gobbled up

July 4, 2012 Town Crier staff Comments Off on Snack bar site saved from being gobbled up