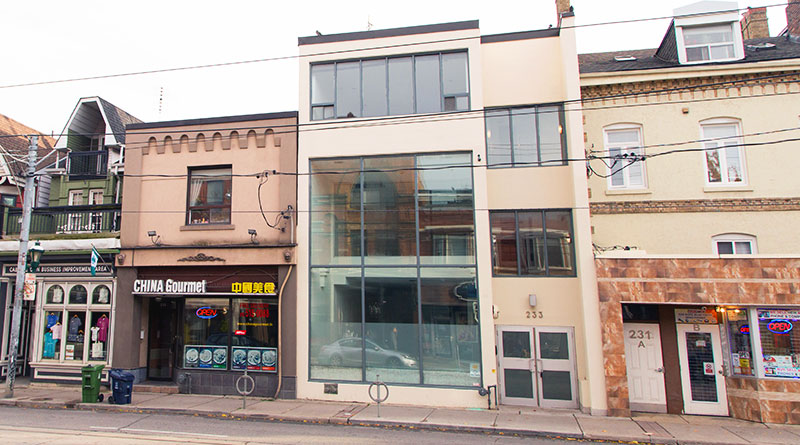 An online petition opposed to moving a downtown women’s shelter and resource centre to the Cabbagetown area has received nearly 1,800 signatures so far, well on its way to reaching its goal of 2,500 names.

The petition on Change.org charges the Shelter, Support and Housing Administration (SSHA), which manages Toronto’s housing and homelessness services, did not consult with the Cabbagetown community — the community that “will shoulder the increased traffic of homeless and addicted that will come and go from this facility 24 hours/day and the people that prey on the vulnerable.”

The three-week-old petition was started shortly after it was revealed the SSHA had signed a 10-year lease in summer for the building at 233 Carlton St., west of Parliament Street. Residents have complained the Cabbagetown area is already inundated with social services.

The shelter was expected to be opened by late 2020 but with Toronto Centre councillor Kristyn Wong-Tam and others now seeking more time for public outreach the launch date may be delayed to 2021.

The petition argues the site is at the centre of Cabbagetown and the added traffic of vulnerable people attending the centre will negatively impact retailer and hurt a community that already struggles with rising crime.

However, the Cabbagetown BIA, representing local businesses, says it has been working with Wong-Tam’s office and the SSHA “to ensure the success of the shelter.”

Executive director Christopher Chiasson admits the BIA has heard concerns from some of business owners about potential spillover effects from the shelter of this sort might have. But, he says, “I’ve also heard from a lot of business owners who celebrate the positioning of such a women’s resource centre in our area.”

The BIA wants to disseminate more accurate information about the shelter, Chiasson says.

“Not much highlighting has gone to the professional development, the resumé writing, the computer literacy skills that this centre is going to provide. Some people have been really focusing on a lot of hyperbolic concerns about this site.”

As for area having too many social service centres, the city is taking steps to reduce the saturation of services in the area, Chiasson says.

The SSHA plans to move the Adelaide Resource Centre for Women, whose location at 67 Adelaide St. E. is overcrowded, to 233 Carlton St.

May 18, 2011 Town Crier staff Comments Off on Council says yes to privatized garbage