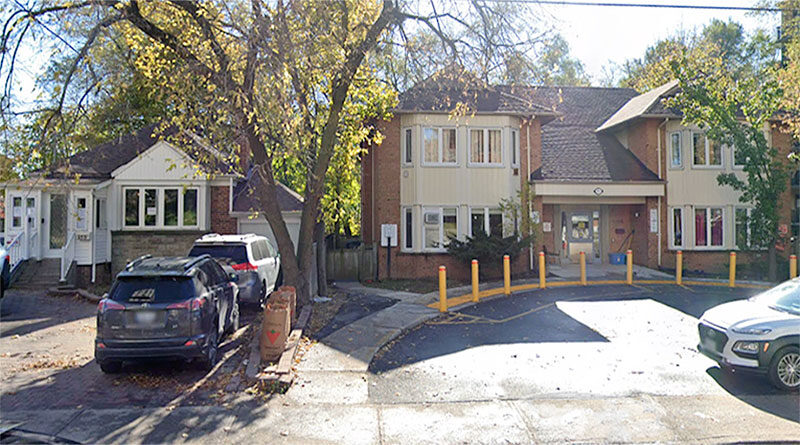 A project to build a highrise on Elm Ridge Drive to provide affordable housing for young adults with developmental disabilities was presented to the community during a virtual “conversation” on April 6.

The call for a 19-storey tower is at an early stage of the planning process for a project Eglinton-Lawrence councillor Mike Colle called “a critical service that our community needs, that our city needs.”

The building is to be at 155–165 Elm Ridge Dr. near Allen Road and Eglinton Avenue West, in the North Fairbank neighbourhood, close to Forest Hill North.

Colle hosted the event billed as a Community Conversation that he described as an “unofficial meeting to introduce the concept to the community.”

Representatives of Reena, which is organizing the project, presented the plans so far. They emphasized they are at a very preliminary stage and are likely to change with community consultations and the city’s planning process.

For Reena, this is just the latest — though perhaps most ambitious — project, for the 48-year-old non-profit organization which has built several centres and homes in the Greater Toronto Area to provide community inclusion for people with diverse abilities within a framework of Jewish culture and values.

The building on Elm Ridge would consist of rental units only, with 24/7 onsite supervision and offering various levels of support as needed by residents, organizers said.

He called it “an elegant design, a high-quality design.”

A resident whose property backs onto the site asked if the organizers had considered a smaller building.

A smaller building is possible after consultations and revisions, but the building in existing plans has been designed so as not to cast shadow on any building to the south, Reena president Bryan Keshen said.

Reducing the height drastically could mean widening the building’s footprint though.

“I would love to come lower but the city would not want us to encroach on green space,” he said.

Currently a bungalow and and a two-storey building sit at 155 and 165 Elm Ridge Dr., flanked by apartment buildings of seven and nine floors. Elsewhere on the block, however, are highrises up to 23 storeys.

Several parents also told the meeting what the Elm Ridge project would mean to their children.

Dana Zoskey, who is a parent volunteer with Reena, spoke of the struggles her son with high-functioning autism has had with bullying and forming relationships. He’s excited with the planned housing because it would give him and others community they cannot find elsewhere.

“In his words, it’s not as scary,” Zoskey said.

The residents will come through a Toronto waiting list and will be mainly from the Toronto area, Keshen said.

The project is budgeted at $60 million, though this figure could rise depending upon how long it takes, he said.

The building is likely to open as long as four years from now, taking up to two years before shovels are in the ground and the same amount of time for construction, Keshen said.

Most revenue for the project is expected to come from tenants’ rents, with about 20 per cent of the cost being raised in the community, and some being contributed by government.