Two of this year’s winners of the Prime Minister’s Awards for Teaching Excellence are doing their honourable work at midtown schools.

Crescent School science and technology teacher David Grant and Bloorview School Authority teacher-librarian Shelley Neal both received a certificate of achievement for their “remarkable achievements in education and for their commitment to preparing their students for a digital and innovation-based economy,” according to the government website.

Grant, who has been at Crescent School for more than 20 years, is credited with starting the school’s first robotics team 16 years ago. He and a fellow colleague also brought the For Inspiration and Recognition of Science and Technology Robotics competitions to Canada.

Grant, who was appointed the school’s Dean of Studies, also co-founded a national not-for-profit organization now involving more than 15,000 students.

“I’m convinced that [Grant’s] influence changed the trajectory of the school and its culture,” a former headmaster is cited as saying in recognition of his award. “I know that he’s had a transformative effect on a generation of students.”

The person who nominated Grant for the award spoke highly of his ability to connect with students and push them to their best.

“(He) prides himself on building strong relationships with his students in order that they develop the confidence to reach their full potential,” the colleague said.

Neal, who transformed the school’s library into a technology-centric learning experience, spends much of her teaching time with students receiving physical therapy and medical care, and those in rehabilitation from trauma or surgery.

Along with the brain injury rehabilitation team at Holland Bloorview Kids Rehabilitation Hospital, Neal designed a literacy program that includes working with the students and their parents on basic writing and research skills as a part of their transition into a regular school system.

One parent who is also a special education teacher said Neal is someone trustworthy and caring in her role.

“I not only trust (Neal) with my child but treasure the time she spends with him,” the person said. “I trust that she will expose him to many different, interesting and rich tasks that will hopefully foster in him the same attributes of his wonderful teacher.”

Another person spoke of Neal’s constant will to assist others.

“Nothing is ever too much for her to offer to help,” the nominator said. “If a colleague speaks of a need, even in passing, you can be sure (Neal’s) response will be, ‘How can I help?’”

November 12, 2013 Town Crier staff Comments Off on An app-etite for accurate bill splitting 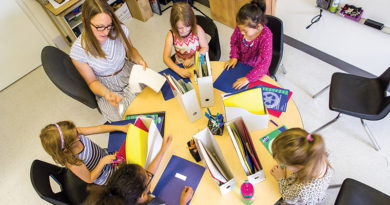 Christodoulou has 2020 Olympics in his crosshairs