COVID-19 has struck many long-term care homes in the Forest Hill and midtown Toronto area but with less dire consequences than in other parts of the city, judging by a city report today. The St. Clair O’Connor Community Care facility in East York now tallies eight deaths while centres in suburban Toronto have been hit worse. See the full story.

It might have seemed too good to be true — three times over — for some Forest Hill shoppers. First they found the Loblaws grocery store on St. Clair Avenue West apparently open on Easter Sunday. Then they found the aisles practically deserted — no physical distancing problems there. And then there were no cashiers present to take any payment for the groceries.

But it wasn’t largess on Loblaws’ part. The police eventually arrived to secure the store that had been accidentally left unlocked.

See the full story of this near Easter miracle.

Have you noticed it in local parks? Fewer people flouting the city’s social distancing rules and gathering in groups, or using closed park facilities, like playgrounds and fitness stations?

Doors Open Toronto, originally scheduled for May 23 and 24, is among the local events that have been shut down in the latest wave of cancellations due to the coronavirus pandemic.

Now the cancellations, postponements, and moves to the internet extend right into summer. See our updated guide to the changes.

The Forest Hill Art Club’s annual show, scheduled for April 24, is the latest victim of the coronavirus shutdown. Local events scheduled over the next two months have been cancelled, postponed and — in rare circumstances — moved online. See our full list of closures in midtown, central Toronto and the east end.

It’s bad enough that our streets are already almost empty with people avoiding the coronavirus, but now we have another reason to stay home. Toronto Public Health is asking all residents to avoid non-essential travel today, according to a media release this morning.

Forty-three-year-old Birchfield Matthews was pronounced dead after being rushed to hospital on Sunday, victim of an alleged stabbing near Dufferin Street and Eglinton Avenue West. A 29-year-old man was arrested near the scene, police say.

Police responded to a medical call shortly after 6 a.m. and reported a man had stabbed another man inside an apartment.

And she doesn’t think much of the latest $3 million gift from the provincial government for business adversely affected by the work. It will all be wasted on media and marketing companies, she charges.

Toronto-St. Paul’s councillor Josh Matlow is in isolation after being being informed he has been exposed to someone who tested positive for COVID-19. Which means all his public meetings have been cancelled or postponed for two weeks, including tonight’s meeting to “Save Mabel’s Fables Bookstore.”

Beth Sholom Synagogue announced it was closing for today to for a “thorough sanitizing” of the building, after discovering a lay leader has the coronavirus.

A statement from the synagogue at 1445 Eglinton Ave. W. said: “Last week one of Beth Sholom Synagogue’s lay leadership exhibited flu-like symptoms. He had himself tested and it showed positive for COVID-19. As a result, he was placed into a 14 day quarantine where he currently remains at home and is showing signs of recovery. This member has not been to the synagogue since his diagnosis.”

We’ll have more on this story as it develops, as well as any other news about the virus in this area.

A cycling group that meets in Midtown every month is pushing the city to create safe lanes. Holly Reid, who co-chairs Cycle Don Valley Midtown, says one of the group’s focuses now is getting city funding for protective lanes in the plans for Eglinton Connects.

How we’d be affected by a garbage strike

Forest Hill may seem a far way from the looming garbage strike east of Yonge Street, but a work stoppage would also affect this area too. If city-union negotiations don’t result in a deal before midnight tonight, the east side will lose garbage, recycling and green bin pickup along with a number of other city provided services. But some of those service losses will extend to the west side of the city as well. Further we won’t have pickup from green bins and we’ll have to throw organic matter into the garbage bins.

So you see, a garbage strike would affect us. Read the latest news on the possibility in Streeter.

Toronto-St. Paul’s representative Jill Andrew is asking the provincial government for a plan to support local business owners suffering during the building of the Eglinton Crosstown LRT line. The call came after another delay in the construction, ongoing since 2011, was announced.

“Liberals and Conservatives have bungled the Eglinton Crosstown project so badly that it’s being sidetracked again,” said the NDP MPP in s press release. “Businesses in vibrant communities like Little Jamaica, Yonge and Eglinton, and Dufferin and Eglinton, right here in my riding of Toronto-St. Paul’s, are already paying the price, and they simply can’t afford to keep hanging on by a thread, wracked with debt and stress, for two more years.”

Winterlicious in and around Forest Hill

Winterlicious is well underway across Toronto with 200 restaurants presenting affordable, fixed price menus. Midtown Toronto has about 25 of them going strong — including in Forest Hill, North Toronto and Leaside. Here are the local places to call for reservations before the annual two-week food experience is over.

Charges laid against driver for girl struck by fire truck

Charges have been laid against a firefighter for the Dec. 16 accident when an 11-year-old girl was struck in a crosswalk at Oakwood and Rosemount Avenues, police said yesterday.

Fire chief Matthew Pegg also announced the fire department was carrying out an internal investigation into the incident in addition to the police investigation that resulted in the charges.

The driver, who is unnamed, faces charges of careless driving causing bodily harm and passing a stopped vehicle at a crossover.

For more on this, see the full news report.

Starting today, reservations can be made online or by phone for the food extravaganza that runs from Jan. 31 to Feb. 13.
Eateries are presenting three-course prix fixe lunch menus in their choice of $23, $28 or $33 categories and dinner menus priced at $33, $43 or $53. Watch for our guide to Winterlicious dining in the Forest Hill area.

Shootings may have increased dramatically in the city last year, but they are still relatively rare in Forest Hill and the rest of midtown, judging by year-end data from the police. And while shootings and shooting victims are up across Toronto, the number of fatalities and homicides is actually down. See the full story.

See the main article to find out more about this, including where the cameras have been set up in Forest Hill and other midtown neighbourhoods. 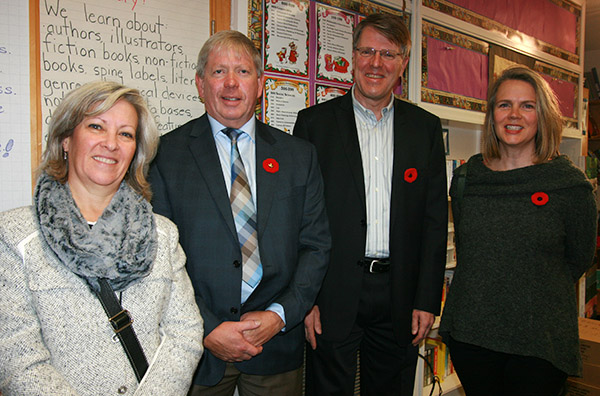