An arrest has been made a month after a series of assaults that police called hate-motivated. Between April 9 and 11, a man allegedly spit on people at Christie, Lansdowne and Wellesley subway stations and in one case was said to have yelled racial slurs. (See original story and images.)

O’Sullivan Martinez, 26, of Toronto was arrested on May 5, police report. He faces 21 charges including multiple counts each of assault, causing a disturbance, failing to comply with probation and breach of recognizance.

He was to appear at court virtually on May 7.

Police today have released images of a man being sought in the investigation of a sexual assault near Dufferin Street and Bloor Street West at about 1 a.m. on April 30.

A man is reported to have sat on a bus near a woman and approached her after she left the bus at the Dufferin Station.

After allegedly sexually assaulting he reportedly fled westbound through an alley.

The man is described as about 40 and wearing a red jacket, a grey-hooded sweater, dark pants, a black face mask, a dark blue toque with blue and yellow stripes on the brim. He was carrying a black backpack. 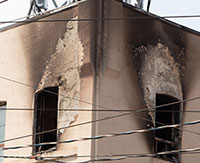 A three-alarm blaze engulfed the top floor of a three-storey commercial building at College Street and Ossington Avenue yesterday afternoon.

Two people escaped the blaze, one having to jump from the third floor onto a second-floor rooftop and await rescue by firefighters. Here’s the full story. 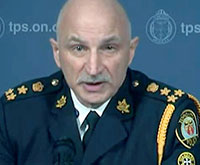 If you’re getting together in our west end parks or on our beaches with friends or family who don’t live with you, watch out for the cops. They’re taking the latest prohibition against large gatherings — indoors and outdoors — quite seriously. 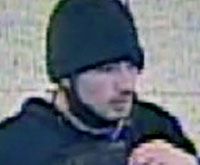 A spate of assaults at Christie, Lansdowne and Wellesley subway stations on April 9 and 11 are suspected of being a hate crime, police say.

They have released security camera images of a man they are seeking in their investigation of three incidents in which a man allegedly spit on another person and in at least one case is said to have yelled racial slurs. See the story and images.

Reports of shooting, victim not found

Police received reports that someone was shot in the stomach at about 3:30 p.m. today east of Bloor Street West and Ossington Avenue. On the scene, they recovered a firearm and took one person into custody, but half an hour later they still had not found the reported victim, police said in an online message.

The search included temporarily shutting down Bloor Street in the block between Roxton Road and Shaw Street.

Still no word on the apparently wounded victim. Anyone with information is asked to call police.

The last days the employees worked at the store at the Dufferin Mall were April 3 and 5, according to the store’s parent company. 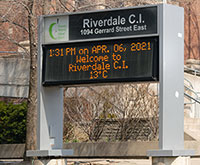 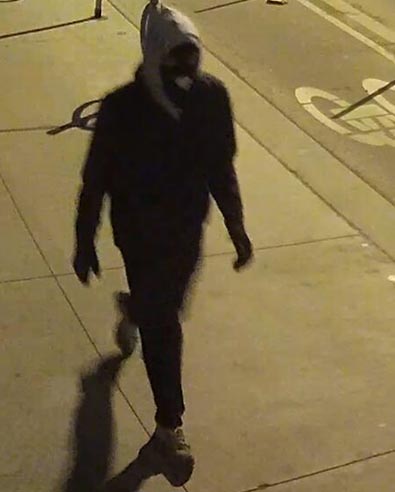 Police released an image and security video clip today in an attempt to identify a man.

He is sought in an ongoing investigation into an alleged assault on March 29 at about 2:05 a.m. near Bloor Street West and Rusholme Road.

The man is described as being 5-foot-6 to 5-foot-7 and having a thin build. He was wearing a grey, hooded sweater with the hood up, a dark jacket, dark pants, and light running shoes. He was also wearing a black balaclava with the eyes and mouth cut out, police say.

The Sobeys store at 840 Dupont St. has experienced four cases of COVID-19 among its staff over three days, according to the grocery chain’s online reporting.

Three of those cases were reported today at the store east of Ossington Avenue. The last days worked were March 19 for two of the affected employees and March 24 for the third.

This follows the report on March 25 of another staff member testing positive at this location, the last day on the job also being March 19.

A man has been arrested after a police investigation of three retail robberies near Dupont Street and Davenport Road between Jan. 12 and March 24, police said today.

In each alleged robbery, a man with a mask on and a hood over his head is reported to have approached the checkout counter and handed the employee a note saying he had a gun and demanding cash. He fled on foot with cash.

Members of the holdup squad identified a man, carried out a search, and found the man in possession of clothing worn during the robberies, according to police.

Man reported to have chased girls in park sought by police

Police are trying to identify a man who allegedly chased three girls around a park near Dufferin and Bloor streets on March 10 about 5:45 p.m.

The girls reportedly managed to run away from the man.

Police today released a security camera image of a man. He is described as being 5-foot and in his late teens to early 20s, with a slim build and short black hair.

He was last seen wearing a blue and black jacket, black pants and camouflage-coloured headphones, and he was holding a basketball.

The man is being sought in a criminal harassment investigation. 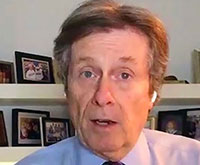 You have until May to improve your driving on Dufferin Street, near Waterloo Avenue, and on Concord Avenue, north of College Street. That’s when the city’s automatic speed enforcement (ASE) devices will be moved to these locations to catch speeding drivers in Davenport ward.

This will be the third locations for the ASEs. They are currently snapping pictures of speeders and issuing tickets at their sites on Ruskin Avenue and Laughton Avenue. 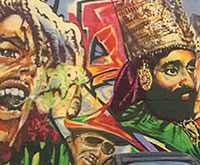 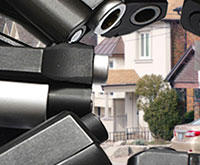 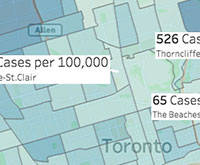 The Davenport area has experienced COVID-19 rates lower than some suburban neighbourhoods but higher than many others in central Toronto, judging by the latest figures from the province. The city’s mapping of the COVID rates over a recent three-week period, for example, shows the joint Dovercourt-Wallace Emerson-Junction community with 248 cases per 100,000 population, while the Caledonia-Fairbank community has a rate of 482 cases.

These are both well below the worst-hit areas in Toronto with more than 700 cases per 100,000, but also well above areas with rates below 100 cases.  See how our neighbourhoods compare to other central, midtown and east-end areas. 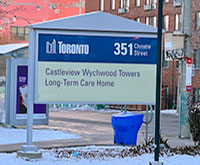 An employee at the Castleview Wychwood Towers long-term care home has tested positive for a COVID-19 variant, the city revealed yesterday. The worker in the city-operated home, at 351 Christie St. in the Davenport neighbourhood, does not have direct contact with residents, according to a city news release.

All residents and staff who could have been exposed were tested yesterday and no one at the home has symptoms, the city said. Get the full story. 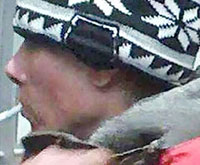 A woman faces arson charges after multiple fires were set on College Street in the Palmerston area.

An initial police report said they were looking for a man wearing a red jacket, black and white toque, and dark jeans. Several images of a “suspect” were released. See the story. 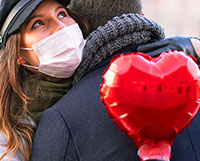 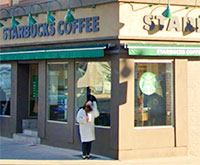 Starbucks closures currently taking affect in Toronto are concentrated in central areas, including Davenport-area locations such as 1090 Bloor St. West at Gladstone Avenue and 900 Dufferin St. in Dufferin Mall.

Grocery stores and drug marts in this area have announced several positive tests for COVID-19 among their employees over the past week.

The Metro store at 735 College Street leads with three recent cases, reported on Jan. 14, 17 and 23. This store has also reported previous cases (see Jan. 12 and other items below).

This is well above the numbers racked up in other parts of Toronto. Across the city, 50 automated speed enforcement (ASE) devices issued 53,090 tickets during the first round — an average of nearly 1,062 per location.

In Davenport, the camera on Caledonia Road, north of Rogers Road, caught 4,267 drivers — the second-highest number in Toronto.

The camera on Gladstone Avenue, south of Cross Street, issued only 1,271 tickets, but this is still above average.

These tickets were from the first round of automated speed enforcement (ASE) devices from July 6 to Nov. 30, 2020.

The devices, placed mainly near schools, were moved to new locations beginning in late November. See the full story.

Current operational hours are being maintained. A previous communication that branches will close at 8 p.m. was mistaken, the TPL says. 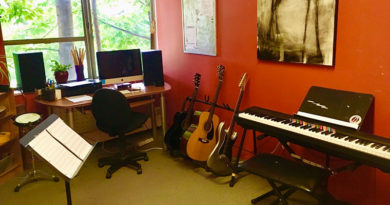 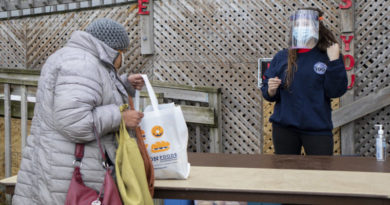 May 10, 2020 Margarita Maltceva Comments Off on Food banks coping with surge in customers amid massive job losses