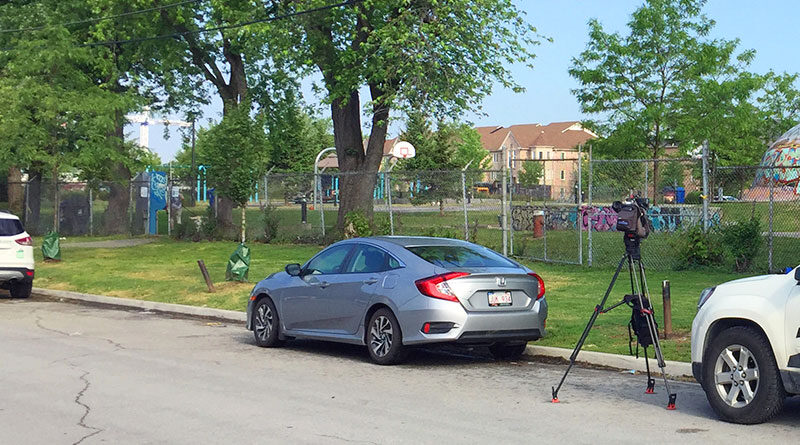 An 18-year-old male has been arrested and charged with first-degree murder, more than three months after a man was gunned down in Leaside’s east end.

Two men, both 20, were shot while sitting with a group in a parked vehicle near Leonard Linton Park, in the Vanderhoof Avenue and Research Road area, on June 9.

Police responded at 7:30 p.m. to calls of multiple gunshots in the area. They found one man suffering non-life threatening injuries and another with more serious injuries who was rushed to hospital where he died.

Police alleged they were shot by gunmen who approached in a vehicle and started shooting.

The deceased was identified as Maaz Jogiyat, 20, of Toronto.

Police reported on June 26 a warrant was issued for the arrest of Maviya Tahir, 18, of Toronto.

Police also released an image of the man being sought for first-degree murder and attempted murder.

He was described as 5-foot-10, weighing 150 pounds and having a light complexion.

He was believed to be armed, violent, and dangerous, police said.

Tahir was arrested by York Regional Police Service on Sept. 22.

He has been charged with first-degree murder.

He was to appear in court by video at College Park Courts this morning.

All quiet for Leaside businessmen and their extortionist