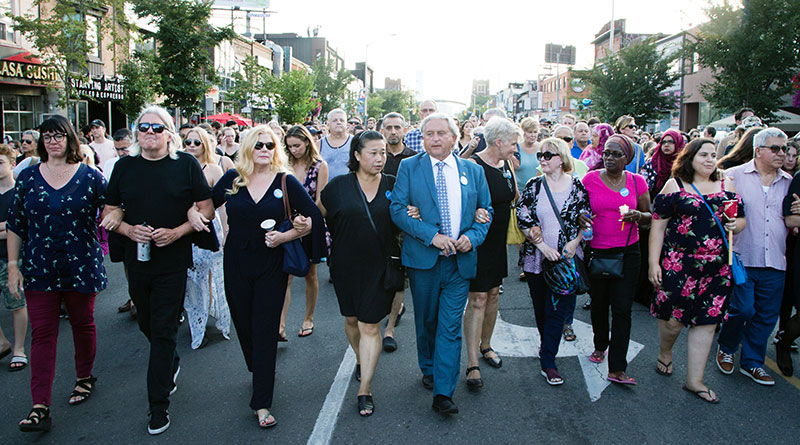 She was honouring those who were killed but she didn’t hate anyone, not even the man thought to have shot them, one young mourner said at the vigil that filled Danforth Avenue on Wednesday evening.

“He must have been in pain himself to have done such a horrible thing, to take it out on others like that,” she said.

The teenager was marching slowly with about 2,000 others who packed Danforth for a candlelight vigil for Beaches resident Reese Fallon, 18, and Julianna Kozis, 10, of Markham who died Sunday night in a shooting spree by a 29-year-old gunman.

There were few candles in sight, however, during the daylight hours of the vigil that began at 7 p.m. and the few placards in evidence called for “Love for all, hatred for none.”

The vigil first gathered at the corner of Danforth and Bowden Street, near where the police and the shooter, identified as Faisal Hussain, 29, exchanged gunfire before the man himself died.

The Special Investigations Unit is investigating and has not yet revealed whether Hussain died of gunshot wounds inflicted by police or at his own hands.

In addition to the fatalities, 13 other people were shot by the gunman on Sunday. Five reportedly remain in hospital with serious injuries.

Led by local city councillors Mary Fragedakis and Paula Fletcher and representatives of Danforth Business Improvement Association, the vigil marched slowly westward along Danforth to the corner of Logan Avenue at Alexander the Great Parkette, which was another shooting site and has become a focal point for tributes. 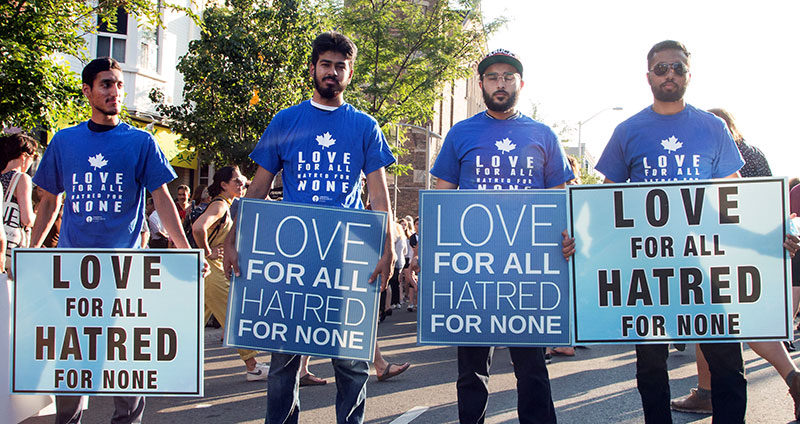 A moment of silence was held at the parkette and the crowd joined in an emotional singing of the Leonard Cohen song “Hallelujah.”

“This walk is for those that were senselessly killed and injured,” BIA spokesperson Howard Lichtman said. “And it’s a thank you to the first responders.”

Other speakers before and after the walk called for people not to blame those with mental health issues or the Muslim community for the tragedy.

A girl identified as Stephanie spoke at the parkette to describe the evening of July 22 when she and friends were enjoying themselves at a restaurant on Danforth.

“We were startled by what we thought were fireworks,” she recalled. “It soon became apparent that what we were hearing were actually gunshots. Chaos ensured and people, both neighbours and strangers rushed to keep each other safe and help the injured.

“I was witness to acts that were beyond heroic. This is something I will never forget.”

She went on to thank police, fire and EMS who were quick to arrive for their care and comfort.