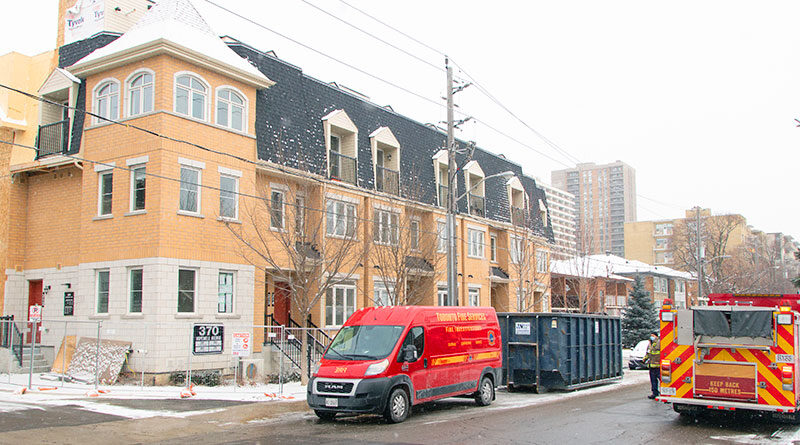 A two-alarm fire took out the top floor and roof of a townhouse at 370 Hopewell Ave. this morning.

Firefighters arrived at about 4:30 a.m. to find the second floor of the building involved in the blaze, said Stephan Powell, district chief for Toronto Fire Services.

The flames spread up to an upper-level patio and the roof, but did not affect attached townhouses, Powell said.

The fire was quickly knocked down, though firefighters continued pouring water on the roof to keep it from flaring up again, Powell said.

The building on Hopewell between Marlee Avenue and Dufferin Street appeared to be still under development before the fire, as a construction fence was in place around the property.

No injuries were reported in the fire.

Residences on both sides of the townhouse were evacuated with a TTC bus providing shelter from the cold, with temperatures reaching -16C in Toronto early this morning.

The cause of the fire is unknown. An investigator is on site throughout today, Powell said.