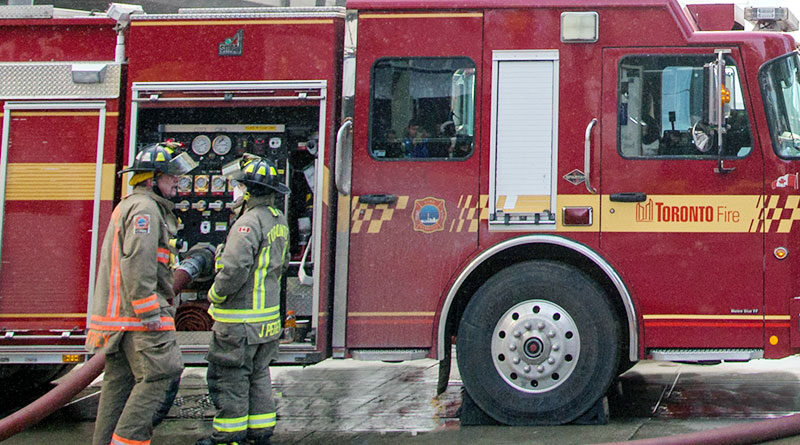 One person is dead and a firefighter was in hospital after a residential fire on Westmount Avenue near Rogers Road and Dufferin Street in the Oakwood Village area yesterday afternoon.

Firefighters called at 1:45 p.m. on Nov. 17 found the back porch and rear of the house ablaze and possibly someone in the basement, said John MacLachlan, acting PC with Toronto Fire Services.

The fire attack was fast and quickly moved from the back into the rest of the house, making it hard for firefighters to get inside, MacLachlan said.

When they did get in, they found the first floor at the back of the house to be “gone” and the second floor “spongy,” they reported.

The house next door, which was very close, was also exposed to the heat. Fire on its rooftop was quickly extinguished.

One person was reported dead. The identity of the deceased and circumstances of the death are not being released at this time because the incident is under investigation, MacLachlan said.

One firefighter was injured at the scene and sent to hospital. Fire chief Matthew Pegg tweeted yesterday afternoon, “We are fortunate that the injuries … are not critical.”

He also posted a message of condolence to those affected by the fire.

On behalf of @Toronto_Fire, I extend sincere condolences to the family, friends and all those impacted by the fatal fire on Westmount Avenue this afternoon. The investigation into the origin, cause & circumstances will occur alongside @ONFireMarshal. @jonpeggOFMEM

Ontario’s Office of the Fire Marshal is investigating, as it does for every fire in which a fatality is involved.

It was the second fatal fire to hit Toronto yesterday, the first occurring in the morning on Norton Avenue in Willowdale. 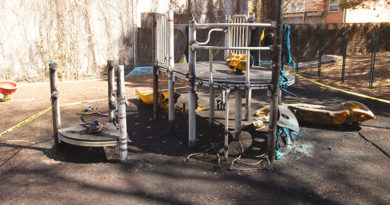