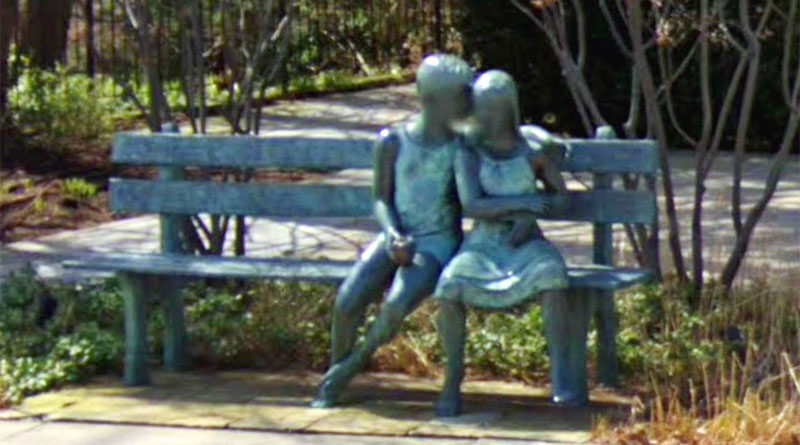 “The Secret Bench of Knowledge” is missing from its iconic spot in front of a Forest Hill Village home.

Stolen on Thursday just after midnight by thieves in a white utility van, police say.

The 226-kilogram piece is one of several iron castings of a work by renowned Canadian sculptor Lea Vivot, created in 1993.

For the past 26 years, this casting has been sitting by the sidewalk, embedded in stone, before a private home on Strathearn Boulevard, just west of Spadina Road, where it has become a local landmark.

The sculpture depicts a boy and girl sitting on a bench, the boy holding an apple in one hand and the other arm around the girl. Other cities that display the sculpture include New York, Ottawa, Montreal and Sarnia. Each casting is considered quite valuable.

Police say they are seeking video and images of the theft from local security cameras.

They have released an image of the sculpture taken from Google Maps (not the image used above).