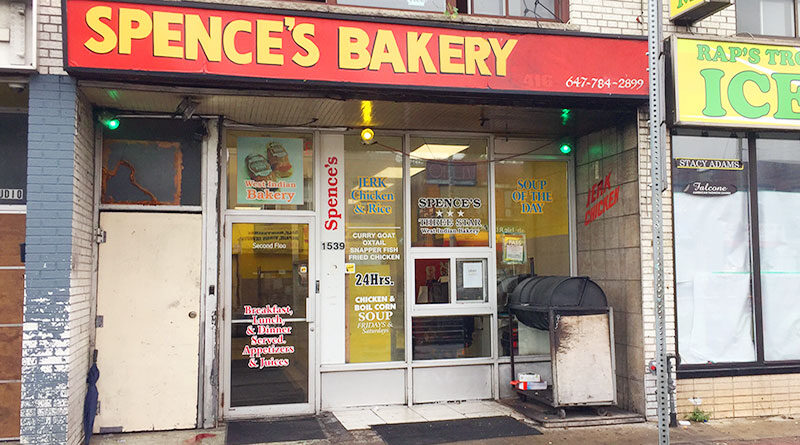 Six persons were injured when shots were fired at a group of people in front of an Oakwood Village bakery in the early hours today.

Multiple police officers and and medics were called to Spence’s Bakery on Eglinton Avenue West, between Oakwood and Alameda avenues, at about 2 a.m.

Police said they believe a black SUV with multiple occupants pulled up in front of the 24-hour West Indian bakery to fire the shots.

Bullet holes could still be seen in the storefront next to the door at 9 a.m.

Although some early media reports said shots were fired into the bakery at customers, Toronto Police are saying the victims were outside the store.

Five men and one woman, from 30 to 69 years old, were taking shelter from the rain in front of the store before the gunfire, Supt. Shaun Narine said at a press conference.

“At that point, a dark SUV driving eastbound on Eglinton Avenue West did a U-turn just east of the location, circled back westbound, slowed down, and the occupants of that vehicle at the time discharged multiple rounds striking six victims,” Narine said.

The injuries appear not have been as serious as some reports first indicated.

“As I know of right now, five of those victims have been released from the hospitals and one will be released later on today,” Narine told media at 11:30 a.m.

All the victims’ injuries were non-life threatening, ranging throughout the bodies of the victims, he said.

Although police are treating the shootings as a “gang-related and targeted event,” the store and the people gathered there may not all have been targeted by the gunfire, Narine said. He said it is likely the occupants of the car on its first pass recognized someone among the group who became a target, but the rest appear to have been innocent bystanders.

The owner of the store has a good relationship with the police, as do other storeowners in the community, he said.

Narine called it an “absolutely fantastic and beautiful” community.

Several broadcast media reporters were camped out at the store this morning, while the owner who had given interviews earlier, was working in the closed store, which was usually open all day.

Note: This story has been updated and revised to include information from the police press conference. 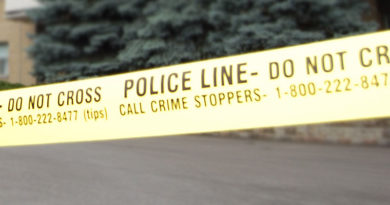 July 24, 2019 Eric McMillan Comments Off on Six year-old critically injured after being hit by car in parking lot

March 29, 2012 Town Crier staff Comments Off on From the ashes