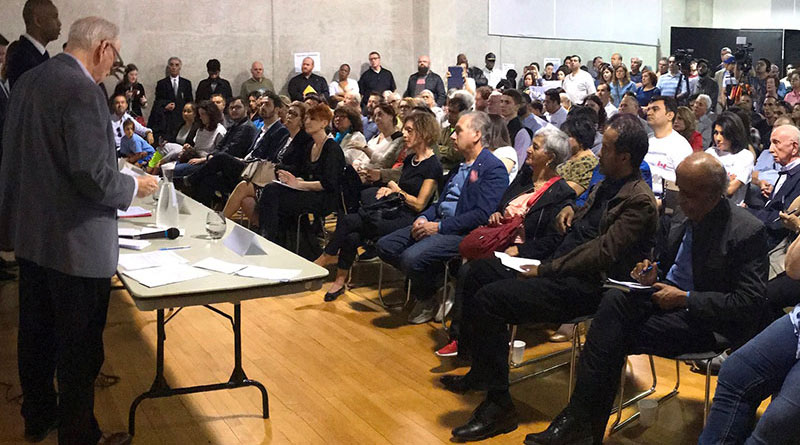 One of my earliest memories is of my Aunt Mil, a uniformed volunteer for the Red Cross, leaving our house to go down to the Toronto waterfront to receive the Hungarian refugees in 1957. They had left everything.  In Toronto, we opened our hearts and our city quickly became much richer for it. Restaurants, film, arts, business, and political life all benefitted from those who embraced Canada and our democracy.

Much later, I remember learning from my friends as they shared their stories of fleeing Vietnam. The same happened with those fleeing Kosovo, and recently Syria and the LGBTQ2 Rainbow refugees. These waves of refugees have been part of the Canadian story, in which diversity has become our strength.

More recently, unfortunately, Canada has had to respond to a number of refugee claimants who have chosen to cross into our country outside the regular border crossings.

People are concerned when they see the images of lines of people crossing into Canada. What we don’t see is that these irregular migrants are immediately detained. And then, following international and Canadian law, they have the right to due process, in order to determine their refugee status. As such, seeking asylum is not a shortcut to get around normal immigration rules.  here must be legitimate reasons why asylum is necessary, or it will not be granted.

Here in Toronto, we have seen increasing numbers of asylum-seekers coming from the United States, as they have reacted to recent policy changes there. Immigration minister Ahmed Hussen has been diligent in travelling to their countries of origin to refute the false information that is being circulated. He has made it very clear that travelling to the US in order to settle in Canada will not work. The integrity of our immigration and refugee system in Canada is an imperative and will be maintained.

This past May, we had the pleasure of welcoming Minister Hussen to Toronto-St. Paul’s for a town hall discussion on immigration and refugee protection issues at the Oakwood Village Library.  It was standing room only. Minister Hussen did a great job explaining the difference between the immigration system versus the refugee system and the progress that’s been made.

During the surge of irregular border crossers, programmes and services were put into place to help refugee claimants get housed and be able to work, which will reduce their dependence on social assistance while they wait for the determination of their claims.  At the special Parliamentary hearing this summer, we also heard about the willingness of regions, such as Chatham, to be able to receive asylum claimants and quickly put people to work.

There is a great deal of misinformation being disseminated about asylum claims. This is irresponsible.  Refugees in no way interfere with orderly, consistent immigration processes. Refugees are not jumping an “immigration queue.” The immigration system and the refugee system in Canada are two entirely separate streams. The refugee system is based upon the strict criteria of genuine asylum-seekers — and those who do not meet the criteria are not allowed to stay in Canada.

Due process can take some time. The government is working hard to speed up the assessment times, but the fact remains that claimants cannot stay in Canada if they do not qualify.

The recent appointment of Bill Blair as Minister of Border Security and Organized Crime Reduction has been truly important. Canadians need to be confident that our border is secure and that the current situation is in no way a crisis.

Already, he has made an assessment that the system is being tightly managed. The focus of Minister Blair will be to put in place concrete actions that will address public safety and public insecurity. His no-nonsense “first the facts” approach will reinforce the importance of accurate information and will ensure we strike the balance between our ethical and legal obligations to provide refuge to those seeking it, while upholding the law and following the rules.

The people of Toronto-St. Paul’s have shown time and again just how compassionate and understanding to the needs of newcomers our community can be.  In November 2015, the Supper with Syria fundraising event held at Wynchwood Barns raised $70,000 to help settle two families fleeing Syria.

By welcoming newcomers, we enrich our communities. In June, I was so honoured to be included in the mortgage-burning celebration for the Heath Street Co-op.  It was so wonderful to find out that the delicious food we were eating was catered by Chamsine, the new Syrian restaurant on St. Clair.  Both Chamsine and another Syrian restaurant in Toronto-St. Paul’s, Zezafoun on Manor Road, are the impressive new enterprise of Syrian refugees.

My Aunt Mil would have loved it. Just like she loved to hear that my family practice at Bathurst and Bloor meant that we loved to go Country Style for Hungarian schnitzel!

We can do this. We can be compassionate and ensure that we uphold the rule of law. We are doing this. 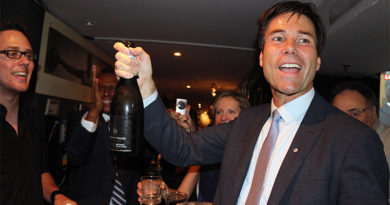 Time to learn our Native history 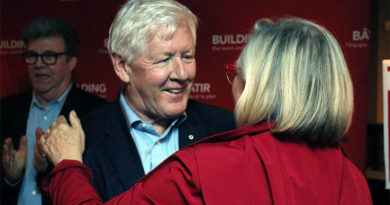