Only six days after returning from South Africa for a community service trip, Branksome Hall student Anisah Mahomed was on her way to Brisbane, Australia for the 2012 World Individual Debating and Public Speaking Championships.

The Grade 11 Rosedale resident achieved second place after Ryan Pistorius from Winnipeg, Man. This makes her the top female high school debater in the world.

“I had a pretty busy term of school this year,” Mahomed said casually. “It was an interesting balance act, but it all worked out in the end.”

The 17-year-old debater said she relished the chance to showcase her skill for speaking in a country that was nice and warm.

“It was great to be able to compete internationally and meet people from all around the world once again, and do what I like to do one more time in a great country,” she said.

At the Worlds, she qualified for the finals in all four categories: debate, impromptu speaking, persuasive speaking and interpretive reading.

Ever humble, Mahomed credited her coach Tracy Dalglish for helping her get to where she is.

“At Worlds they sort of call it the Olympics of high school public speaking and debating, so going back into it I felt really happy,” she said. “We worked really hard here with the coaches at Branksome.”

In addition to full-time studies, Mahomed prepared for the competition nearly every day after school. She said her teachers’ understanding and accommodation was an important part of her success.

“I’ve had a lot of support from teachers and students and the community at the school, to allow me to pursue all my passions and retain that healthy balance,” she said.

Previously, Mahomed travelled with two classmates to British Columbia to compete in the international championship. Since she was the only one who qualified for the worlds, she was on her own this time.

“It wasn’t too bad,” she said. “You really do make friends from around the world.”

But friends are the last things on her mind now that she has the title of top female high school student debater in the world.

“It’s kinda great, a little surreal,” Mahomed said. “It’s been something that I’ve worked for and been looking forward to since a very young age.”

Mahomed will enter grade 12 next year and said she is looking into a number of post-secondary institutions in both Canada and the United States.

She is thinking of studying something in economics, where she feels she’ll be able to put her gift of gab to good use.

“It’s really important to pursue the skill of public speaking and debating,” she said. “The ability to articulate yourself and express what matters most to you is something that I realized is so paramount for an individual, and their community too.”

February 14, 2012 Town Crier staff Comments Off on This robot does compute

One of Canada's finest neighbourhoods

May 1, 2012 Town Crier staff Comments Off on One of Canada's finest neighbourhoods 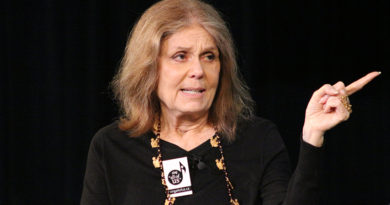