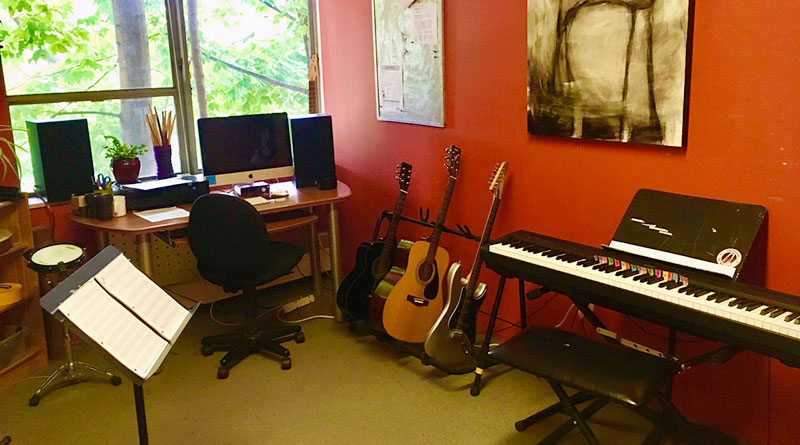 Yellow Dog Music at Moore and Bayview avenues should be happily celebrating its 30th anniversary now, but COVID-19 had other plans for them.

The plan was to host its year-end concert at The Rose and Crown pub on Yonge Street near Eglinton Avenue for a night of music and fun.

Instead, the Leaside music studio and its party plans were shut down by the city, along with most other businesses, to enforce physical distancing.

That didn’t stop them for long though, as they quickly shifted classes online via Zoom to allow students the option to continue classes, so they wouldn’t fall behind, says founder and director Katrina says.

“Despite the hassle to set it up, it’s been so far so good,” she says.

For some teachers, it was a quick and easy adjustment for them to start teaching from home, as they already had studios set up. Others had to use equipment from the studio.

Anderson said they have about 50 students who have stayed for online classes.

Most students have been acclimatizing well to the new setup as well, although some are finding this to be a little bit of trial and error.

“It’s been an experience,” Anderson says.

Anderson was eager to give students a chance to continue, since some had been making amazing progress between September and March, and it would have been a great loss for them as they were just getting into the stride of things.

“All of us could have just folded in the towel and just taken that free CERB money,” Anderson says. ” But, A, that’s just not the way I roll. And, B, the teachers just wouldn’t want to do that to the kids.”

The support she has received has been phenomenal, she says. Parents have expressed gratitude that Yellow Dog decided to continue classes for their children during this time, instead of closing like other places have.

“I am extremely grateful that people have been putting their faith in us and that they’re saying, ‘Alright, you’re online, we’re with you, let’s go.”

Meanwhile the studio’s costs haven’t lowered. Anderson is still paying the same amount for the studio and also paying her teachers more for their continued service.

“They have to do a little more of the admin since they are at home, so I send them supplies they might need and also help pay for their internet as some of them live in small apartments,” she says. “It’s kind of like an invasion of their home life , so I feel like they need a little compensation for that”.

This setup has had some positives for Anderson also, as she has been thinking of going online for a while now.

She wants to provide classes to communities that are so small they don’t have a music teacher in their community or couldn’t get to the studio.

This would be a long way  from its first year, when Yellow Dog Music was founded in 1990.

For three decades it has provided a creative, non-traditional experience for ages ranging from preschool to the elderly. Lessons are personalized for each student and are taught by performers and recording artists. Musical styles taught include hip-hop, pop, rock, blues and others— it’s all up to how they are feeling on that particular day. This is particularly helpful for students with behavioural challenges or diagnoses of ADHD or schizophrenia.

Before setting up Yellow Dog, Anderson had a degree in music from York University and was working at a daycare .

She  wanted to do combine of her love of children, her art life and her education, she recalls.

“It started as a small studio only, teaching piano and then over 30 years it expanded to include guitar, voice, ukulele and band,” Anderson said.

She started the studio to to cater to children who didn’t fit into the conservatory style of school and they could have a place to do more expressive ways of learning and making music in a creative way.

“I feel private lessons in the art, one on one, is a great chance to bond with your students, ” Anderson says. “It’s like your helping to raise them.”

Yellow Dog prides itself on providing an open and creative environment where the students are encouraged to be expressive.

“We encourage them to dig deep inside themselves and find what it is that brings them to the instrument and makes them want to play,write or compose,” Anderson said.

However. now Anderson isn’t sure they will be able to have in-person lessons anymore, even after the pandemic is over.

“Day by day I don’t know what’s going to happen and if virtual classes are something that people want or even prefer, we’ll keep them going and it may be that it will be a little bit of both,”Anderson said.

“This is a 30-year-old business and we’ve been at that studio in that spot serving all the Leaside people for so long and I don’t want it to go away.” 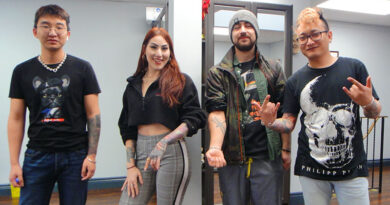