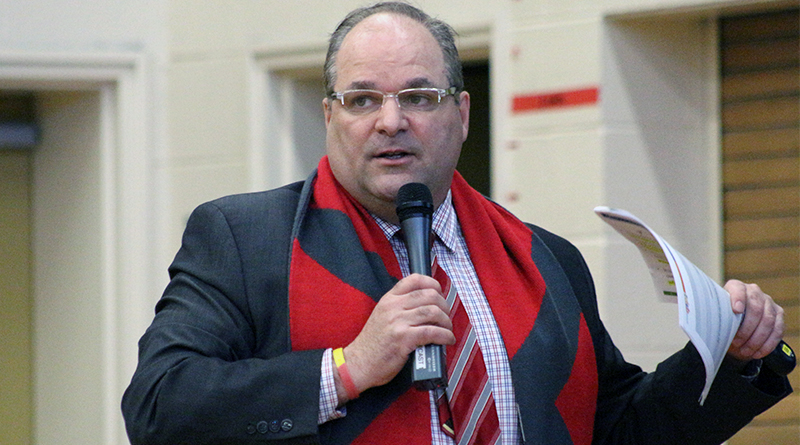 The greatest frustration for the Toronto District School Board’s quest to find space for new students in Yonge-Eglinton is a lack of access to education development charges from the province.

Phase two will commence in the fall, and the study will continue to find accommodations for the growth at Eglinton JPS, which could include further boundary, grade and program changes.

It also means capital funding will be needed from the Ministry of Education to help either building a new school or revisit Bannockburn.

That is all dependent on access, which is a sticking point for Laskin.

“We believe it is vitally important for school boards to be able to assess and plan for long-term student accommodation on the basis of neighbourhood needs, not on a jurisdiction-wide basis,” she said in an email after the consultation.

The Ministry of Finance’s population projections for Spring 2017 had identified an increase of 70,000 elementary students and 47,000 secondary students by mid-2041. Yonge-Eglinton is provided 40 percent of that, but there is no funding for the board to prepare.

When it comes to qualifying for education development charges, the TDSB does not qualify under Section 10 of the Education Act.

“Although access to EDCs will not replace the need for a new provincial funding strategy to reduce our Renewal Needs Backlog, as well as maintain and operate our schools, EDCs are a critical funding tool to help us meet growth-related student needs,” Laskin said.

The board, MPPs, parents and community members have lobbied for a change in how the provincial government handles the funding. If changed, the TDSB would qualify for charges that could generate revenue of approximately $350 million over the next 15 years.

Residential development in the Yonge-Eglinton neighbourhood has exhausted the resources of Eglinton JPS which is expected to hit 115 percent (639 students) utilization by 2019.

Maurice Cody is expected to reach only 89 percent utilization (632 students).

“The differences between Cody and Eglinton are stark because of the amount of development that’s going to be happening,” Laskin told the Streeter prior to the public consultation.

In an effort to quell the issues and help utilize the extra space at Maurice Cody, the boundaries for the two schools are being altered. A panhandle along the southeast corner of Mount Pleasant Road and Eglinton Avenue East is marked as part of the latter’s catchment area.

The students in question are mostly junior kindergartners and, if the decision to alter the school boundaries is approved by the board May 23, it will mean students will start venturing east, instead of west.

“Given the current pace of development in the City of Toronto, and the TDSB’s immediate need to address capacity shortfalls in various neighbourhoods within our jurisdiction, there is a need to ensure that the TDSB qualifies to access this important growth-related funding source as soon as possible,” Laskin concluded.

Davis has ambitious agenda for his year as board chair

January 7, 2010 Town Crier staff Comments Off on Davis has ambitious agenda for his year as board chair