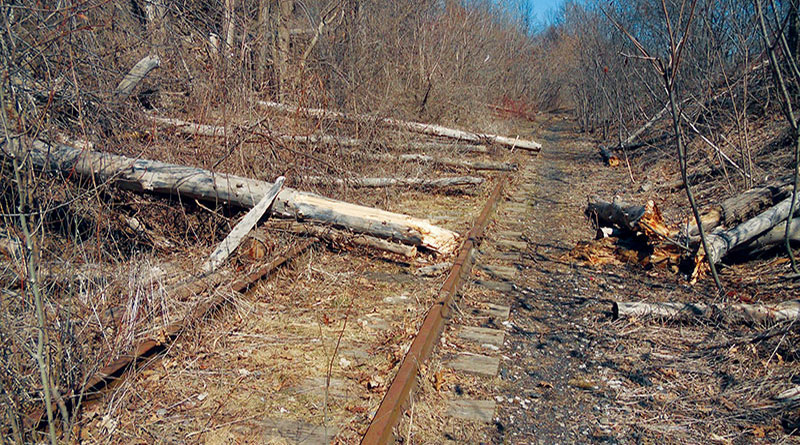 If you want to freak out over the danger of coyotes, you can find sites online that list the hundreds of incidents over recent decades of coyotes attacking humans and, very rarely, killing them.

The worst case in Canada was that of Torontonian Taylor Mitchella (real name, Stephanie Luciow), a 19-year-old folksinger who in 2009, between gigs out east, went for a hike on her own along a Cape Breton Trail. Two coyotes surprised her, and then mauled her to death.

In January 2012, a coyote jumped a backyard fence in Oakville, bit an 8-year-old and gave chase inside the house.

Okay, let’s hold it right there. Dogs are a hundred-fold worse problem as far as attacks on humans go.

However, I was taken aback recently upon learning that coyotes aren’t sticking to the hinterlands of the GTA where they have been a problem for several years now. They’re spotted regularly these days in the Beach where they are swiftly attaining notoriety for snatching small dogs off porches or out of back yards.

And according to the coyote experts who spoke at a town hall meeting at the East York Civic Centre on April 10, they’re nearly everywhere throughout Toronto. They mostly burrow inconspicuously beneath the ground and prowl at night. (By the way, one expert pronounced “coyote” as “kye-oat” rather than “kye-oatie.”)

I thought of this recently while exploring the abandoned rail track east of Nesbitt Drive and the Bayview Extension.

It’s a deserted and woody area, and apparently coyotes love following rail tracks when they want to make tracks of their own.

I began thinking that perhaps it wasn’t too smart to be there without a cell phone and no one knowing where I was.

Of course, unlike Taylor Mitchell, at 200 pounds I probably wouldn’t have that hard a time fending off a couple of atypically bold coyotes. (One is more likely.)

The appropriate tactic would be to scare them off by acting as anything but scared prey.

Make yourself look as big as possible.

If you’ve got an umbrella, open and shut it at them.

Plastic bag handy? Make a snapping noise with it.

Throw a stone their way — not to hit and anger them, but to frighten them off.

As you head for home, turn around frequently to confront them should they renew their approach.

Carrying a pocket knife would be a good idea for any similar iffy excursion in future.

According to the experts, we’ve got to learn to co-exist with these creatures. Even, gulp, in the Leaside area.

The “reported sightings”map displayed at the town hall wasn’t labelled clearly enough to make out whether Leaside had yet been trespassed upon by coyotes, but it’s a good bet that they’ve scouted the ravines and cemeteries on Leaside’s fringes, as well its parks.

Alas, even in Leaside it may soon be time to seal up that in/out pet flap-door and to keep the dog in at night.

Also, dispense with bird feeders that squirrels and other urban wildlife can mess with.

Seeds on the ground attract rodents and then the rodents attract coyotes.

Moreover, install solid fencing in your backyard high enough that coyotes can’t get over it and sunk deep enough into the ground that they can’t tunnel under it.

While walking the dog at night, keep it on a short leash.

And avoid woody areas, and sites under construction where ruffled rodents have emerged, only to then attract you-know-what.

There will be a lot of new precautions to take.

Thanks a lot, part-wolf eastern coyotes.

I’ll have more on this next month. 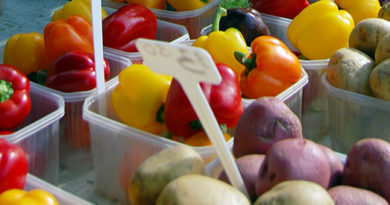 July 8, 2020 Eric McMillan Comments Off on Tuesdays: Go to market in East York

Coyote sightings up during mating season

February 1, 2012 Town Crier staff Comments Off on Coyote sightings up during mating season