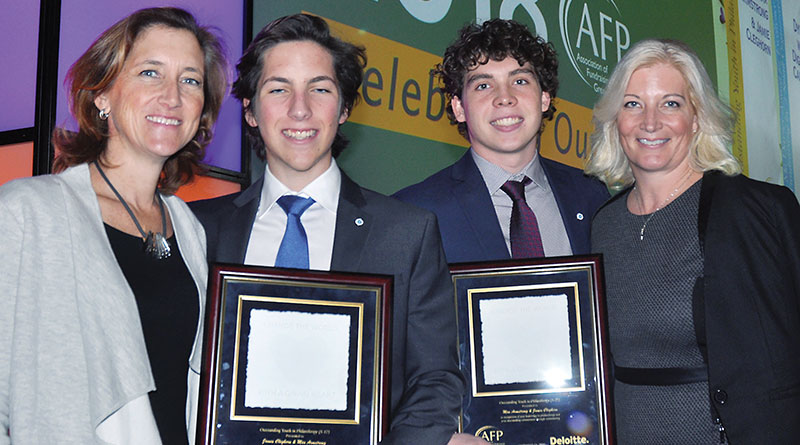 Two Leaside teens have received an award for their years of philanthropic work helping type 1 diabetic children attend camps to learn to manage their disease.

Jamie Cleghorn, a type 1 diabetic himself, and his friend since childhood, Max Armstrong, both 17, have established a nationwide chain of lemonade stands run by volunteers to raise money to send children with type 1 diabetes to diabetic summer camps, known as D-Camps.

“A lot of times kids will feel on the edge or not normal with their friends, so when they go [to camp] they can realize there’s ‘lots of people like me’ who go through the same sorts of things,” said Cleghorn who attended D-Camps and now serves as a camp counsellor.

He called camps a “great way for children to learn about managing their diabetes and feeling like they’re part of a community,” Cleghorn said. But without supportive funding, camp can cost thousands of dollars.

Cleghorn and Armstrong received their awards from the Association of Fundraising Professionals before 500 people Nov. 21 at the Metro Toronto Convention Centre during a special luncheon for the group’s Toronto chapter. Awards were given in eight philanthropic categories.

Cleghorn was diagnosed with type 1 diabetes at age three. When he and Armstrong, non-diabetic, were seven years old in 2008 they set up their first lemonade stand at Bayview Avenue and Millwood Road outside a TD bank.

“It was a hot day. We knew a lot of people would be going in and out of the bank. It was a busy corner in the neighbourhood,” Cleghorn said.

“We’d ended up having a pitch line we could say to people as they were walking by to try to catch their attention. Often times it would work; sometimes it wouldn’t. We just had to forget about the times it didn’t work and just keep trying.”

According to Armstrong, next of kin and the neighbourhood grapevine were instrumental in helping the lemon-aid stand plan grow nationally. “The first year was primarily friends and family in the Toronto area, and then after the first year it expanded. It was word of mouth for the first year and a bit.”

Currently more than 150 families across the country run the stands. To get them started they receive a box — called ‘lemon-aid stand in a box’ — containing t-shirts, a poster and a Presidents Choice gift card.

Cleghorn and Armstrong launched Put a Squeeze on Diabetes in 2015 to get more volunteers to sign up. In partnership with Diabetes Canada, they’ve raised more than $240,000 in four years.

Lexus on the Park near Eglinton Avenue East and Leslie Street partnered with the teens four years ago to help them secure their $100,000 national partnership with Canada One Auto Group in 2018.

Armstrong — who helps Cleghorn keep an eye on his blood sugar when they’re together — attends City Academy at Yonge Street and Davisville Avenue and wants to go to university to major in engineering with a minor in business. Cleghorn attends Upper Canada College and wants to enter university to study business and commerce.

Sharing some of the limelight at the awards were Cleghorn’s mom Lynne Bridgman and Armstrong’s mom Carolyn. They helped organize the cross-country lemonade stands, doing a lot of emailing the first couple of years to sign up volunteers.

“I’m very proud of what the boys have accomplished,” Bridgman said. “I’m proud of the fact [Jamie] is giving back to a camp which has been very instrumental in helping him learn to manage his disease, giving him skills he will be able to use for the rest of his life.”

Hand carving coats-of-arms is his passion 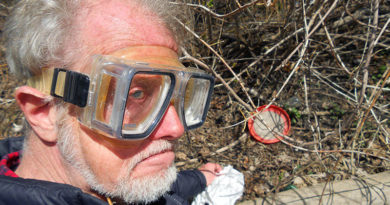 Scuba-Man dives into the Beltline cleanup 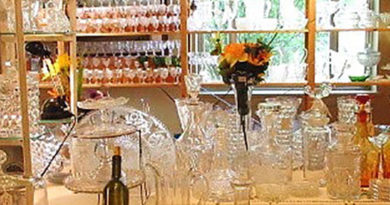