Actor Mike Shara didn’t fall in love with theatre at an early age.

In high school, Shara only performed in one play, a vampire farce called Out For The Count, and was eventually kicked out of the only postsecondary theatre program that would accept him.

In his latest role, the lead in Tarragon Theatre’s production, The Amorous Adventures of Anatol, Shara’s character pursues a string of women (all played by actress Nicole Underhay) as if each is the One, demanding absolute loyalty from his lovers without caring if he meets those standards himself.

“The story is about how Anatol gets it wrong over and over again, rather than how Anatol gets it right,” Shara says, with a chuckle.
“He certainly evolves because of his mistakes, [but] he doesn’t seem to have learned to change his life around by the end of it.”

The show’s director Morris Panych says he chose Shara because of the rare qualities he brought to the role.

“True romantic comedy leads are a rare find,” says Panych, who also adapted the script. “[Shara] somehow manages to capture both essential maleness and credible vulnerability that make him so recognizable, and so attractive to watch, to both men and women.”

Shara grew up in St. Catharines, but moved to Toronto after leaving university. While living with a pair of friends, he started looking for auditions.

“You don’t necessarily need a degree in acting to work or audition, so I found an agent and got some breaks fairly early on,” he says. “The agent I went with was not my agent now, but he was in need of people my age.”

“I got some auditions, and … one just happened to work out,” he says.

The one audition that worked out happened to be for the Shaw Festival.

“They were doing a particularly big season where they needed a lot of young bodies,” Shara says. “I didn’t have any lines. I just sort of moved furniture and kept my mouth shut and my head down.”

That was 15 years ago. Since then, Shara’s work has included a CanStage production of baseball drama Take Me Out, a production of Harold Pinter’s The Homecoming at Stratford and a Shaw production of its namesake playwright’s The Doctor’s Dilemma.

Shara says his favourite parts of acting are the unpredictable nature of the job, and the people he gets to work with.

“I’m surrounded by creative, interesting eccentrics who, like me, have chosen to think outside the box, and are willing to question things and go places where it might be scary to go,” he says. “I find myself a little bit out of my comfort zone when I go to dinner parties with people who don’t think and live like that.” 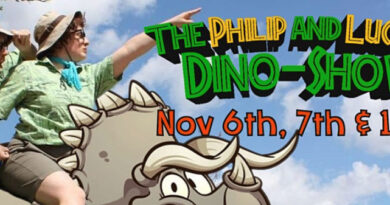