Adam Till has picked up a kind of life philosophy in his 36 years.

“Whatever you do, have a great story to tell about how you got there,” he says.

It’s advice he seems to have followed on his own eclectic career path from lawyer to TV producer and educator.

While Till would eventually go on to co-create Billable Hours, a successful Showtime comedy about the antics at a law firm, he didn’t start off as a writer.

Nursing a coffee at Bagel Plus on Avenue Road, Till, who lives near Mount Pleasant Road and Lawrence Avenue, recalls his turn away from a legal career.

After acquiring an economics degree at York University and then enlisting in an LLB/MBA program at Osgoode, he went on to article at a Toronto firm before realizing he was on the wrong track.

He found himself working long, monotonous hours poring over papers. Feeling his creative talents were going to waste, he decided to call it quits at the firm after being called to the bar.

But he didn’t leave empty-handed.

Having used his last free summer to do some creative writing, he had some good ideas down on paper. Together with actor pal Fabrizio Filippo, he refined a pitch for a show about a quirky law office. Through networking and some chance meetings, including one with Atom Egoyan, the pair landed at Showtime, where the show eventually got the go-ahead.

Working at one another’s house, they managed to craft what became the highest rated original series in Showtime’s history.

“It was amazing,” Till says, satisfaction evident.

However, the show’s initial success met a snag the next season: A team of writers were brought on board to work with the pair, and Till and Filippo were forced to cede creative control. Although the second season still managed to score a Gemini award for Best Writing in a Comedy Series, ratings dropped and the third season in 2008 was the last.

“I’m not angry, looking back,” Till says. “This is just how these things happen.

“I know now, moving forward I’ve got to try and own my projects. I can’t let other people produce them.”

Since Billable, Till’s been hard at work. Together with Filippo, he formed a production company and wrote a movie for Lifetime called Too Late To Say Goodbye. The film, starring Rob Lowe and Lauren Holly, aired last winter.

Currently, the creative duo is developing a new show for Global about a loveable loser who moves into a retirement residence with his father. Still in its early stages, Till describes the project as a “post-slacker” show that will speak to financial and cultural realities. If all goes well, the project will get a pilot episode this spring.

He’s maintaining his creative energy by teaching screenwriting and media law at Ryerson. He’s also at work designing a curriculum for a screenwriting program at the Toronto Film School.

“It’s a very cool opportunity,” he says with an impressed smile. “They’re letting me fulfil my vision for how this sort of writing should be taught.”

In between it all, the writer finds time for his wife and two small kids, and a bit of TV.

“It’s scary, but I almost think in sitcom.” 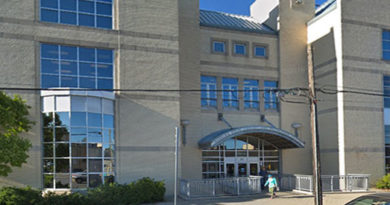 June 27: How does the law affect you? 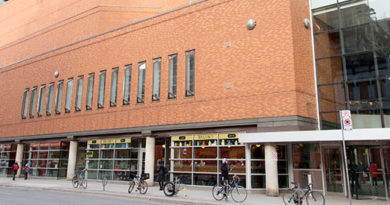 Jan. 23: Get legal advice without breaking the bank