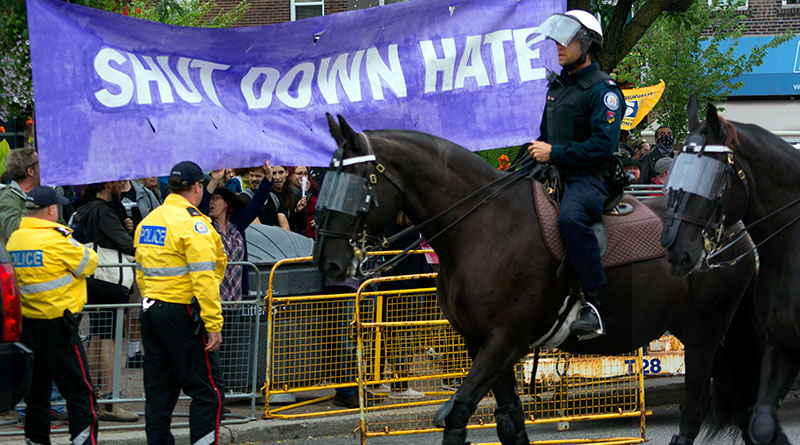 Seven weeks after the tragic mass shooting at Toronto’s Greektown, a clash of “love versus hate” took place Sept. 9 at the site of the horrific event.

Following the announcement in early September of a “True Patriots Vigil” at Logan and Danforth avenues by Canadian Combat Coalition (C3), a counter-rally dubbed “Danforth United Against Hate” was planned in opposition to the coalition’s alleged anti-immigration and anti-Islamist views.

Stew MacDonald, who ignited the latter event on Facebook, said he was impressed by how the counter-rally grew and grateful for the number of groups and community members who came to offer support.

“To try to create an event to spread hate in a community that’s still reeling from a tragedy is quite frankly disgusting,” MacDonald said. “That’s not something this neighbourhood needs after the tragedy it had to go through.” 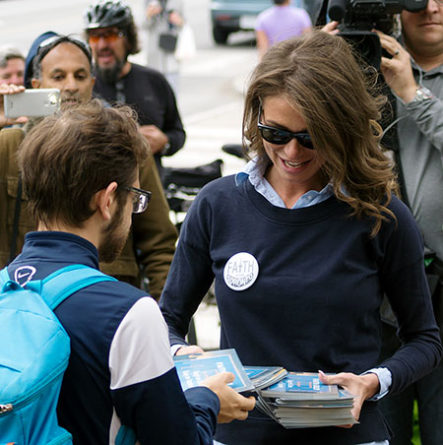 The Facebook event for C3’s vigil said the goal of the event was to pay respect to victims of terrorism.

Among the fewer than 50 attendees were members of the Sons of Odin, as well as controversial commentator and mayor-hopeful Faith Goldy, who distributed campaign flyers.

A Facebook livestream of the vigil showed speeches criticizing the federal government’s immigration policies and referring to the Danforth shooter Faisal Hussain as a terrorist.

Chants of protest could be heard in the background.

Meanwhile, the 200-strong counter-rally had speakers voice solidarity with the Danforth community and disdain for Islamophobic rhetoric. Two of them were councillors Mary Fragedakis and Paula Fletcher.

“Our hearts are with everyone who was touched by the terrible tragedy here,” Fletcher said. “But we can’t let evil forces that want to take advantage of hate grow in our neighbourhood.

“We are a community that stands for love.”

Within an hour of the 2:30 p.m. event, heated words between both camps caused police to delegate C3 to the west side of the street. The two groups exchanged chants until most of the Coalition supporters abandoned their event after being drowned out.

A similar rally was planned to be held at Nathan Phillips Square by the Worldwide Coalition Against Islam in August.

That event was cancelled amidst plans of a counter-protest and massive social media backlash. 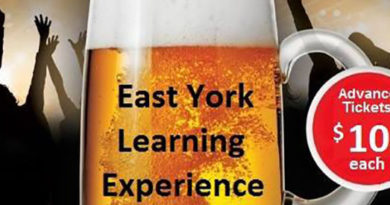