Something will be a bit different at the shops at Yonge and Lawrence this October. But it’s not Halloween decorations — it’s art.

From Oct. 11 to Nov. 1, over 66 stores on Yonge Street will become impromptu art galleries as part of Artwalk 2012. The event, which runs between Lawrence Avenue and Yonge Boulevard, displays work by local artists alongside stores’ regular merchandise.

“As artists, we’re amazed with the exposure we’re getting,” says Sonya Davidson, who is one of the showcasing artists as well as an Artwalk organizer.

The event draws on artists from the midtown area.

“The gifts of the artists in this neighbourhood are unbelievable,” Davidson says. “It’s kind of neat because it does bring out the neighbourhood. People really enjoy seeing the diverse styles.”

“We range from traditional to contemporary,” Davidson says.

Her own style is based in Asian art, honouring her Chinese background. Among those who buy her work are people in high-stress careers who glean a sense of calmness from her paintings, she says.

“As an artist, it’s neat to see people get that without me having to say anything,” she says.

“It’s a joy to get it out, that people can see it and discuss it, and kind of beautify the area as well. I think art is something that adds to your life if you’re just admiring it, regardless of whether you buy it. Just admiring it gives you food for thought.”

Davidson has been involved with Artwalk for eight years. It was started by the North Toronto Group of Artists, of which she is a member, and was later adopted by the Yonge Lawrence Village Business Improvement Area.

“We work closely with the [BIA] to do this event and they’ve been great supporters of local artists,” Davidson says.

The BIA posts a file on its website (www.yongelawrencevillage-bia.com) detailing the participating stores and artists. Visitors can use the document for a self-guided tour.

“It just keeps evolving,” Davidson says. “Every year, we do something different.”

This year, that difference is the Artists’ Tea Series, a series of art education and appreciation lectures held at a local shop called T-Buds. Artists will deliver talks on subjects such as creative inspiration, the meaning of good and bad art, and the definition of certain genres.

“In this day and age, when we’re so flooded with technology and our busy lives, to have art in a place that helps you focus and hone in and just be with yourself is really important,” Davidson says. 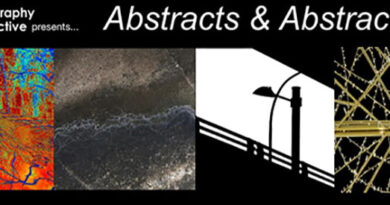