On Feb. 9 Grant and his wife Nancy returned home from dinner at their daughter’s via the garage, only to discover their front door had been jimmied when they reached the upstairs landing.

Upon further investigation of their multi-floor home, they discovered sterling silver flatware was missing from the dining room.

In the bedroom, jewellery boxes containing six watches and cufflinks were taken. So was a $30,000 Patek Philippe watch in its own case, and Grant’s Queen’s Golden Jubilee medal.

Most important to Grant was his 87th annual Grey Cup ring. It includes eight diamonds — representing each decade in which the Tiger-Cats have won the CFL prize — and 32 smaller diamonds, for the points they scored in their 32-21 win over Calgary Stampeders.

It also has Grant’s name, and owner title, etched into its surface. The ring was encased in a wooden box, concealing what was in side.

“I don’t think that the person who broke in realized what was in it, until they checked it,” Grant said. “Otherwise, they would have pulled the ring out and left the case.”

The ring has sentimental value for Grant, who had spent a good portion of his life dedicated to both professional and amateur sports.

He was owner and vice chair of the Ticats from 1995 to 2003. He was also a founding member of the NHL’s Ottawa Senators. Locally, he coached Upper Canada College’s football team from 1991 to 1998.

“It’s got huge sentimental value for me,” Grant said. “We won the Grey Cup in 1999, I was the owner, and so that was the last time Hamilton won a Grey Cup and it was the last one of the old millennium.

“It was probably the most special thing that I would have in terms of an article. It’s my most special and cherished item.”

The burglary is not isolated but it’s a random occurrence, according to Det. Const. Joseph Ho of 53 Division.

Police have been investigating break-ins of a similar nature in the Forest Hill and Annex neighbourhoods, Ho said. 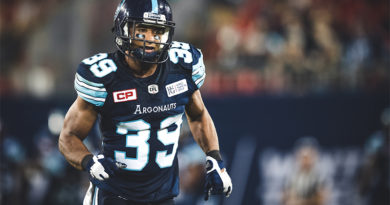