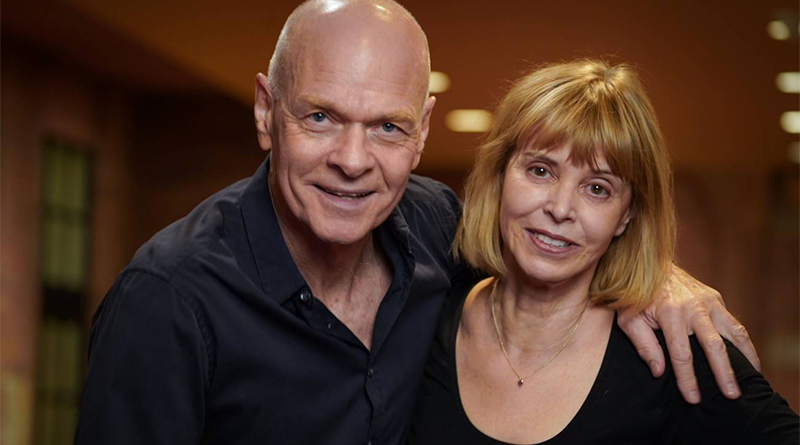 Barbara Gowdy recalls hearing a B-Xalted chorister say they had always felt left out while in high school. They weren’t athletic, so they weren’t on a team.

“They smiled and said, ‘Now, I have found my team,’” Gowdy says, while seated in the kitchen of her Cabbagetown home, with cat Lily sprawled out on the kitchen table.

The B-Xalted choir was founded by Gowdy and artist-musician Whitney Smith last winter, and after a sold-out show in December — the church’s capacity was 450 — the choir is returning for its sophomore show on May 22 at the Church of St. Mary Magdalene.

Gowdy, known for her novels The White Bone and The Romantic, turned to music after a breast cancer diagnosis. There was only a desire to return to her passion. She had played piano in the past and embraced many genres of music.

“I thought I’m not happy, and I may no longer live … what do I want to do?” the former Giller shortlisted writer asks.

At the behest of Smith, the 68-year-old joined the choir at St. Paul’s Bloor Street. After several practices, she found herself in a red gown and surplice, wondering how it happened.

She had loved all music but yearned to sing in harmony as in the choir, she says. “These beautiful harmonies go back to Thomas Tallis and William Byrd — that baroque and renaissance era. It’s so exquisite, that dissonance and resonance.”

Gowdy also discovered she was a soprano, not an alto as she had thought, thanks to her new chorister team, which includes conductor Simon Walker and organist Andrew Adair.

The team has chosen such works as Mozart’s majestic Coronation Mass as the centrepiece, as well as his motet Ave Verum Corpus, with works by Johann Sebastian Bach, Joseph Haydn, Johannes Brahms, the aforementioned Tallis, and Byrd, along with Vaughan Williams.

Three Canadian works by Rupert Lang, Nancy Telfer, and Tom Bell will also be carried by the voices of the B-Xalted choir.

Revisiting past music was a similar modus operandi that she practised as a novelist. She would read Jane Austen and many other literary classics. It’s no wonder she taps into the musical classics as well.

“If I were writing music, and I was young, and it was rock and roll, I would listen to this music,” she says. “Just like when I was writing, I would read Mansfield Park, because there are ways of writing and phrasing that were just different.”

The award-winning writer is up front about having given up writing, and the sense of uninterest in the literary life is implicit in her words.

“There’s a sell-by date for a lot of writers,” she says. “For me, I think I’ve said what I wanted to say. I was done. I still could have been published but there would not be that same energy.

“Music feeds me in a way that writing stopped.”

After the concert, she’ll be plunged back into the literary world, as Margaret Atwood has picked Gowdy’s novel, The White Bone, for the Globe and Mail’s most recent incarnation of its book club.

She’ll be interviewed by Atwood at the Globe and Mail Centre on May 24.

“[Atwood] knows it, and I said it publicly, that I’ve given up writing. And then this happens, but I’m honoured,” Gowdy admits. “My first thought was I don’t have time, but my second thought was I can use the public space for the concert.”