Leaside Baseball Association couldn’t save up for this rainy day.

League president Howard Birnie found out Feb. 10 that kids would be charged by the hour to play at fields like Trace Manes and Howard Talbot. No one at the city told him this directly and only found out after searching for himself.

Birnie, who is also the secretary-treasurer for the Toronto Baseball Association, said there were rumours about increases, but the move by city staff seemed to come out of left field.

“We heard a rumbling last week at a Toronto Baseball meeting,” he said. “A guy from Etobicoke who happened to work for the city said, ‘Have you heard about the fees that are coming in?’

“So, the next day I looked on the city website and I found the rates that they published, that we didn’t know anything about it.”

Playing fields in municipal parks have A, B or C classifications based on amenities and location. With the new user fees, organizations using A fields will be charged $10.52 per hour, B will cost $7.80, and C will come in at $5.31.

The new fees were packaged in the new user fee policy that council passed in January as part of the 2012 budget.

That increase means an extra $13,000 for Leaside baseball said Birnie, adding an extra $80 onto registration fees for parents.

The city is responsible for costs associated with the upkeep of the facilities, including tending to baseball diamonds, grass cutting, utilities like electric and hydro source bills associated with lights and irrigation.

“We’ve always been burdened with that cost, but up until this spring, children and youth sports organizations didn’t have to pay a permit fee to use those facilities,” says Mark Lawson, a manager in the parks, forestry and recreation department.

However, Birnie says Leaside does collect registration money to help with the upkeep of Talbot among other parks.

“We always put money away to put back into the fields, and I think that’s going to be much more difficult for us to do that,” he said. “You can only go so far with your registration fees and we’ve always relied on our own money to put into the parks to keep it up to scratch.”

Don Valley West councillor John Parker said while he voted in favour of the new user fee policy, its implementation for sports leagues was too hasty, given the time of year. He acknowledged that many athletic groups have already sent out membership forms, collected fees and set their budget for the year. He’s asked parks staff to look into their implementation timelines and provide more flexibility.

“I think it’s unrealistic to hit them now with a cost that they didn’t see coming,” he said. “But once we’re through that generation of users then I think it’s fair to bring the fees up to the full level and charge them from there on in.”

Parker said he supports the fee policy because it levels the playing field on use of public amenities. “It’s only fair that they pick up part of the cost of the service or benefit that they’re getting as distinct from the services available freely to everybody.”

Ward 5 councillor Peter Milczyn agrees the timing is bad, and says it may require a phasing-in period over 2012 and 2013 in order to ease the burden of a potentially large hike in fees charged by league associations.

Milczyn said the cost might not be as exorbitant as some would suggest, as many leagues overbook field time.

“So on that basis, the fees are astronomical, but if they just booked the time they actually need, for some of the groups it’s a significantly smaller amount than what they’re concerned it would be,” Milczyn said.

He added the fee policy also needs some clarification on matters like whether the league must still incur costs on days when the field is rendered unusable, such as on rainy days.

Milczyn notes prior to amalgamation, the city of Etobicoke charged leagues for use of playing fields in public parks. After amalgamation, fees were subsequently phased out.

Still, a little communication, in advance, goes a long way.

“We knew nothing about it officially until we got our permits,” Birnie reiterated. “To me it says (the city) has no understanding.

“Parks and recreation has no idea how things work.”

Still, there is optimism for the fees to be massaged into budgets with the associations’ best interests in mind.

“I hope they will rescind them for this year, look at them and give us some input, which is what they should have done in the first place,” Birnie said. “Then if they have to bring them in, we’re prepared. Right now, we’re not prepared and we don’t agree with their numbers.” 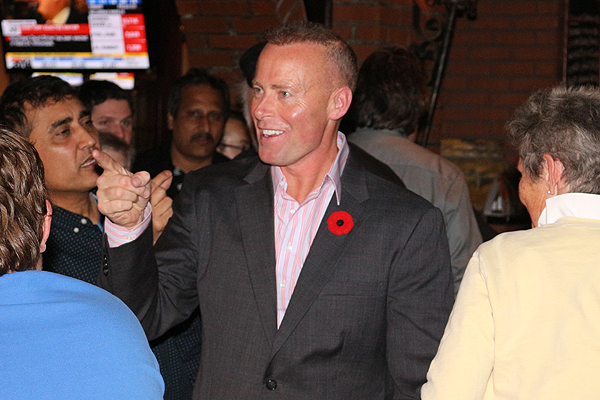