Two people were taken to hospital after being stabbed near Lawrence Park Collegiate.

Police and paramedics were called to the school at about 11 p.m. Sept. 29, where a man was reportedly found with a stab wound to the abdomen. A second victim was located shortly afterward north of the school at Elm Road and Brookdale Avenue.

Both victims are males, one 17 and the other “a couple years older,” according to Staff Sergeant John White of 53 Division, who wouldn’t confirm the injuries.

As of press time, police are in the early stages of the investigation and were not releasing details.

Both victims were treated in hospital for injuries considered serious but not life-threatening.

“Both had minor stab wounds that we didn’t expect to be life threatening,” White said. “They both attended hospital and that’s about the most I can tell you right now. It’s being investigated and that’s where we’re at.”

No suspect description has been provided by police, however White said they are closing in on a suspect.

A man was charged with attempted murder in an unrelated stabbing a few days prior in which a 27-year-old woman’s face was attacked.

Police said the woman was walking on a pedestrian footpath near Eglinton Avenue West and Allen Road on Sept. 27 at about 7:49 p.m. when a man approached her, pulled out a sharp object and began attacking her, causing non-life-threatening injuries.

The man fled the area.

On Oct. 1, police said an arrest has been made and thanked the community “for their invaluable assistance with this investigation.”

Ruben Stolove, 20, is charged with attempted murder, aggravated assault, assault with a weapon, and weapons dangerous. 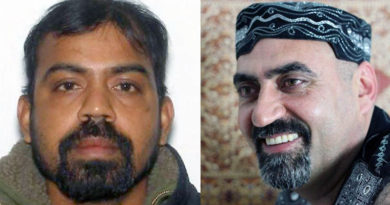