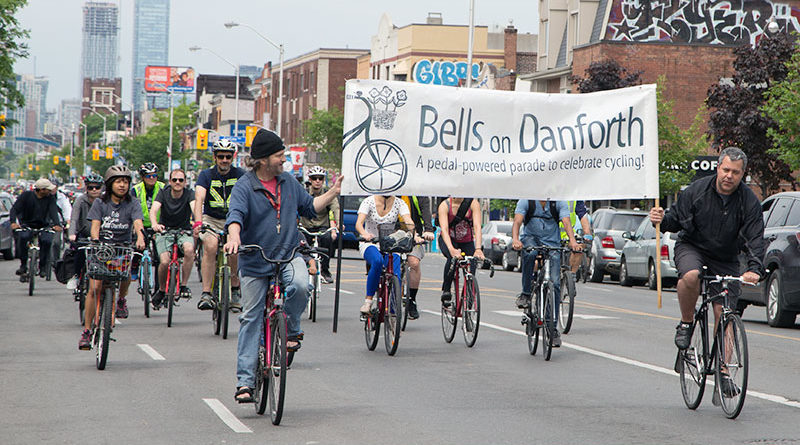 It was a lovely day for a bicycle ride on on one of Toronto’s main streets, or so more than 100 cyclists thought on Saturday when they happened to meet on a strangely vehicle-free portion of Danforth Avenue.

Well, not exactly. June 15 was the date for the annual Bells on Danforth ride.

Gathering at Withrow Park, southeast of Danforth and Pape avenues in the Riverdale-East York area at 10:30 a.m., the cyclists had a clear ride along Danforth Avenue, east to Danforth Road in Scarborough.

Both single cyclists on their sleek high-end bikes and families trailing kids behind them made the trek.

Some sported signs calling for extending bikes lanes in the area.

There the Toronto East Cyclists and partnering groups had organized Safe Streets for Scarborough, featuring an interactive mock-up of a city street plus information and resource kiosks on how to make near-suburb streets safer and less stressful for pedestrians, cyclists and drivers.

Many participants posted tweets afterwards saying how much they appreciated the event and calling for safer bikes lanes.

The one time of the year I feel safe cycling with Reyna on Danforth. Fabulous #BellsonDanforth ride. I wish we had safe bike lanes all year round. #biketo #dadlife pic.twitter.com/a39yATy24N 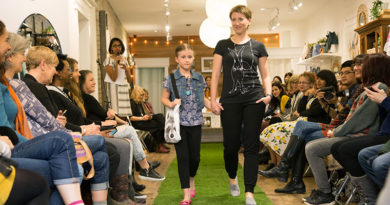 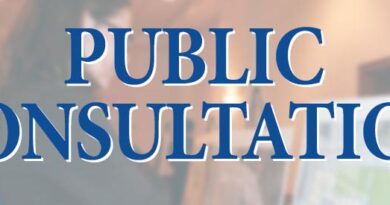