A blaze in an unoccupied Leaside home forced several residents out of their homes on a freezing cold morning in late January.

At around 6:30 a.m. on Jan. 23, a house on Sutherland Drive caught fire. The house was under construction at the time so no one was home and no injuries were reported.

The damage was so severe that later that day the structure had to be demolished for safety reasons.

Firefighters went door to door asking nearby residents to evacuate their homes. Two TTC buses were brought to the street so evacuees did not have to wait outside in temperatures nearing –20C. Some residents were invited into the homes of neighbours who were not affected by the fire.

The cold weather also affected cleanup of the blaze, which was extinguished shortly after 7 a.m.

Due to the extreme cold, the water used to douse the flames quickly froze.

“All the trees and everything else are all frozen and the house next door, the sidewalk is all caked with ice,” said Taressa Mulcahy, who lives across the street from the burned down home and witnessed the fire.

“They had to bring the salt trucks in because it’s like a skating rink.”

Fire officials are not sure what caused the fire.

Because the structure was demolished the Ontario Fire Marshal says there is little evidence on which to base an investigation and it is not currently looking into the case. 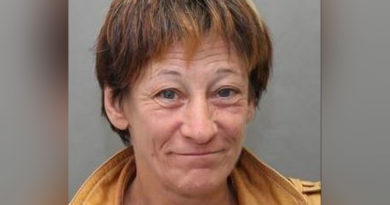