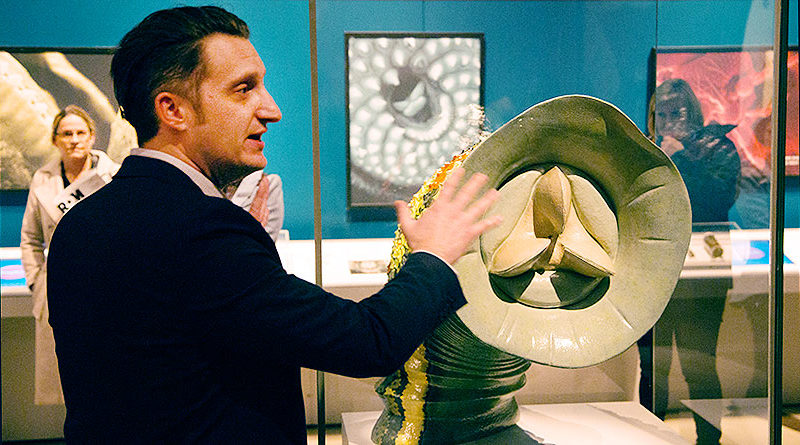 Twelve years after its conception, the Royal Ontario Museum’s exhibition of bloodsucking animals is finally ready to make your skin crawl.

A few days before it opens for the public on Nov. 16, the ROM gave media a taste — so to speak — of the exhibit about creatures that feed on blood.

Did you know that mosquitos and bats are not the only ones that do this? asked Dr. Sebastian Kvist, creator and curator of “Bloodsuckers: From Legends to Leeches.”

“Did you know there are bloodsucking birds?” he continued.

In fact, there are quite a few other species — about  30,000 — that consume blood as their main diet or as a supplement, he revealed.

And many live here in Canada.

The “Bloodsuckers” exhibit features more than 1,000 of them, including 70 live leeches.

Massive reproductions of the specialized blood-letting tools of some of nature’s bloodsuckers are also displays, such as the three-foot-long replica of a mosquito head — a trifle larger than the kind we normally see in Toronto.

Showcasing the diversity and evolution of the species, Kvist also pointed out their cultural influence, as reflected in both local folklore and classical works — with Bram Stocker’s “Dracula” coming first to mind.

The exhibit runs until March 22, 2020 in the Garfield Weston Exhibition Hall, Level B2, at 100 Queen’s Park at Bloor Street West.