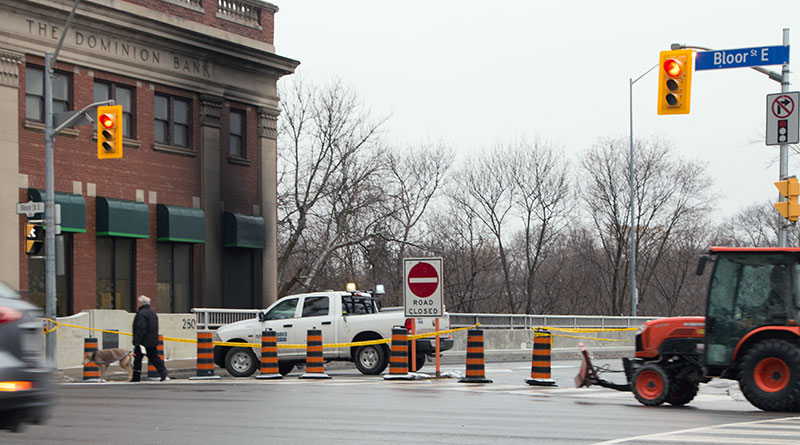 The Sherbourne Street bridge connecting Rosedale with Bloor Street East has been closed to assess the damage caused by a fire Sunday afternoon.

The fire broke out at about 4:30 p.m. on Jan. 12. Toronto Fire Services responded with five trucks to reports of thick black smoke billowing from around the northeast and northwest corners of the Bloor-Sherbourne intersection.

Emergency responders were at first unable to tell where the smoke came from. Police reported at 4:51 p.m. the fire was apparently growing in intensity but they were having difficulty finding the source.

Eventually it was determined a fire was raging beneath the bridge in what was believed to be a homeless camp.

Police reported at about 6:30 p.m. the fire had been put out though the damage was greater than originally thought.

No one was discovered injured by the fire.

FIRE:
Bloor St E + Sherbourne St
– Fire has been put out
– Damage greater than originally thought
– Structural engineers to assess damage to bridge
– Bridge will be closed to cars until assessment made
– Pedestrians still allowed to crosshttps://t.co/QyZCzZSeNP#GO79778
^dh

Sherbourne north of Bloor was closed to vehicular traffic, although sidewalks were left for pedestrians. Bloor also remained open after the fire was extinguished and the smoke dissipated.

Local residents and workers posted reports, photos and video of the dark smoke filling the area around the intersection before the fire was put out.

Cracks to the metal and concrete of the bridge are being examined by engineers to determine needed repairs before the bridge can be reopened.

The Sherbourne bridge is the main route connecting Rosedale to downtown and carries not only private cars, but also the Sherbourne bus route 75.

Currently the TTC website says during the investigation the 75 bus is detouring northbound via Sherbourne Street, Bloor Street East and Mount Pleasant Road, and southbound via Mount Pleasant, Ted Rogers Way and Bloor.

The Toronto Dominion Bank on the northwest corner of the intersection suffered a cracked window due to heat and part of the building’s exterior is blackened from the fire and smoke. 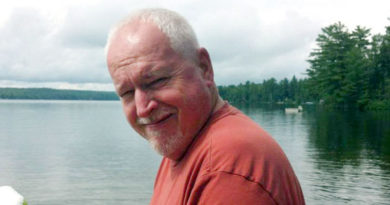