Ward 26 councillor Jon Burnside knows that local traffic is an issue near and dear to the hearts of many of his constituents.

That’s why shortly after taking office he formed a neighbourhood traffic committee for North Leaside, which is now soliciting residents’ opinions by distributing a brief traffic survey to homes northeast of Bayview Avenue and Eglinton Avenue East.

“We want to start a line of communication,” Burnside says. “Get people thinking about it, discussing it with their neighbours, and also identify what peoples’ biggest concerns are.”

While traffic has always been a hot-button issue in both North and South Leaside, the discussion has intensified since the July 2014 death of seven-year-old Georgia Walsh at McRae Drive and Millwood Road. The surrounding neighbourhood became the focal point of the “Slow Down, Kids at Play” sign campaign which has spread throughout the city. A proposal allowing neighbourhoods to lower speed limits to 30 km/h was approved by city council in September and is expected to be applied to several local roads in the future.

For the past 10 months Burnside has been leading two 12-person committees, one each for North and South Leaside, to create additional solutions to the neighbourhood’s traffic issues. He says both committees are close to presenting some of their ideas, with the North Leaside traffic survey a “first step.”

“I’ve seen other traffic calming initiatives fail, mostly because there was a lack of communication,” he says. “We have some solid ideas, but now we’re sending out the survey to start engaging people, because we don’t want to do anything without community support.”

The survey includes seven multiple-choice questions, including “Please rate how you believe [condo and retail development] will impact the amount of traffic in North Leaside in the future” and “Are you concerned about vehicles cutting through the neighbourhood?” — plus the opportunity to write up to 2,000 characters’ worth of concerns.

Burnside expects to deliver one survey to every home in the neighbourhood, though residents can also take it online. Responses are due by Nov. 30. 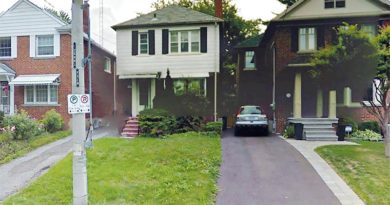 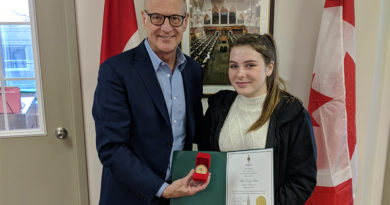