Dillon Casey, actor in TV series Nikita, shares his thoughts on surviving in a difficult industry

Dillon Casey’s acting career first started with him pedaling a bike from his Bathurst and Dupont apartment down to the studio district for gigs.

“It’s in the winter and I’m showing up to all my auditions all red-faced, hair all flung back and covered in snow,” he said. “It was an interesting year.”

That was 2006, a time where he was taking his masters degree at U of T in economics. Though he was born in Dallas, Tex. and raised in Oakville, the actor of the TV series Nikita calls Toronto his hometown.

While taking a break from his navy seal role, Sean Pierce, alongside the latest incarnation of Luc Besson’s femme fatale Nikita with actress Maggie Q, Casey stopped by the Town Crier office to talk big breaks.

After his role in the hockey drama got iced, and subsequent guest star spots on The Vampire Diaries and Being Erica came to pass, he made the decision to go Hollywood.

“You start to feel a little complacent, a little comfortable and I had the duel citizenship, so other actors were like, ‘What are you doing here? You’ve got to go to L.A.’

When it doesn’t come easy, Casey takes to the Internet in his satirical Living in L.A. with Dillon Casey webseries found on Youtube and Funnyordie.com.

“I was thinking I’m sitting here in this apartment, second-hand furniture, no air-conditioning, the garbage can hasn’t been emptied in three weeks and this is actually how I’m living my life,” he said. “There’s such a contrast with what people think I am doing.

“Every time something bad happens in the industry, I turn it into a funny spin.”

What he also finds funny is a lot of the information online via sites like IMDB.com and Wikipedia, have incorrect facts about him.

“Most things on IMDB are supposed to be real,” he said, with a laugh. “Once your birthday is on there, you can’t change it unless you supply them with five forms of ID.”

The website in question has incorrectly identified his nickname as “The Irish”, while Wikipedia reads he’s a black belt in Bak Fu Pai kung fu.

One detail he affirms is his interest in being in front of the camera. Outside of Nikita, he wrapped up filming on The Vow which is due out in February. The picture is top heavy with recognizable actors, including three other Canadians. Casey admits being amongst such names was intimidating.

“When I got the part, I didn’t really realize how stacked the cast was: Sam Neill, Jessica Lange, Channing Tatum, Scott Speedman, Rachel McAdams,” he said. “So it was pretty cool, and the first question I ask Sam Neill is if he’s going to do a Jurassic Park IV.

“I’m all like fanboy with him — it’s all I could think of — and he said, ‘I hope so’,” he added. “I was just nervous talking to (McAdams), I think I asked her what her favourite movie was that she did and she’s like, ‘Are you serious?’ ”

But he’s quick to dam up his gushing.

“When you’re working with all these people you just have to convince yourself or just believe that you deserve to be there,” he said. “You can’t just walk around and be a fan.” 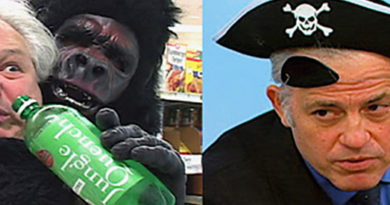